Manchester-based artist Richard Evans presents 'Black Rain', an electro pop offering that foreshadows his debut album 'Sentinel', a collection of eight tracks to be released via Cold Star Media, telling a story of humanity at a tipping point and a world trapped in a climate crisis. An electronic musician, writer and digital media artist with dual Irish-British citizenship, Evan's projects are inspired from real-world science, exploring biotechnology, machine intelligence and the environment. The accompanying video for 'Black Rain', which surrounds the same themes, was filmed at the University of Salford / MediaCityUK by Ashley Tidball, Timur Atilgan and Will Wood.

Formerly keyboardist in UK cult band James, with whom he also co-wrote and recorded material, he was also a guitarist and songwriter for St. Vitus Dancers prior to that. Since cutting his teeth on the UK music scene from the early 1980s to early 1990s, his independent creative projects have received nine awards from Arts Council England and a Business Development Award from Creative England, as well as being commissioned for various projects by the University of Manchester and Manchester Science Festival.   "Black rain was a type of radioactive rain that fell after the atomic bombings of Hiroshima and Nagasaki. The song reflects on the era of Cold War atmospheric testing that exploded over 600 nuclear weapons, as well as the accidents at Chernobyl and Fukushima, all releasing long-lasting isotopes into the environment. The track starts with a rhythmic repetition of the Japanese word 'hibakusha' which means radiation-affected person. In a way, we're all radiation-affected persons now," says Richard Evans. On 'Sentinel', analogue synths and sequences are mixed with melodic vocal hooks and drum machine rhythms. Recorded during the COVID lockdowns, the album's concept was spawned several years ago during an acclaimed multimedia live show that explores climate change in sound and light, featuring electronic music, video and data visualisation content. Originally commissioned by Manchester Science Festival with additional support from Arts Council England and Creative England, it has since been performed at festivals across the country. For this long-player, existing songs were refined and new material was written, combining the warmth of classic synths with pared-down lyrics that explore real-world subject matter. Recorded at Evan's home studio, this album was mixed by Hervé Girardin.

"‘Sentinel is an electro-pop concept album. It’s important that art has something to say about the world we live in and there is no bigger issue than climate change. The album is my take on the different facets of the subject  - from the impact of micro-plastics to the paranoia of COVID; from the origins of life to global climate protests, all in a pop package," says Richard Evans. Richard Evans' output extends well beyond the musical realm. He wrote, directed and produced 'AEON', a science fiction drama encompassing a smartphone app, web series and live events. A published author of many short stories, he also published the novel 'KOSMONAUT ZERO' (via Dead Ink), researched at Star City Cosmonaut Training Centre near Moscow. In 2011, Richard devised and directed the 'Gagarin 50' exhibition, celebrating the 50th anniversary of the first human spaceflight by Yuri Gagarin. 'Sentinel will be released digitally on February 25th across online stores and streaming platforms, including Bandcamp, where it can also be pre-ordered. White 180-gram vinyl can also be pre-ordered exclusively through Diggers Factory. Limited to 300 copies, the vinyl edition is scheduled to ship on April 22, depending on the number of orders required. To mark the digital release, Richard Evans will be performing Sentinel live on March 11th at Oxford's Old Fire Station.

"A beautiful performance" ~ The Guardian "Richard Evans' music is commendable, not only for its allure and catchiness (with elements of Rational Youth, Pet Shop Boys and Jean-Michel Jarre), but also for taking on such topical subject matter as technogenic disaster, environmental devastation and our skewed outlook on our dire prospects as Earth's inhabitants"
~ Ampify Music Magazine "A standout musical event" ~ The State of the Arts 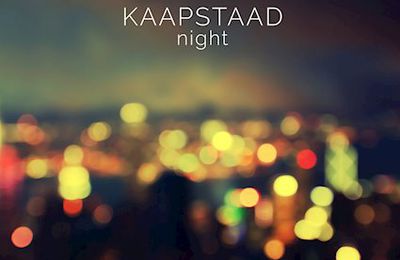 Coco Méliès • Nothing Goes to Waste