Following the late 2021 releases of the 'Mockingbird Love' EP, the full-length album 'Pearldiving' and the 'Riviera' EP, the new year brings yet another new release by legendary Scottish music sculptor Robin Guthrie. On January 4th, exactly sixty years after his birth, Guthrie is releasing his 'Springtime' EP via his Soleil Après Minuit imprint with distribution in North America via Darla and in Europe by Cargo. These four new titles were recorded in the summer of 2021, soon after completing 'Pearldiving', his first album in nine years.

'Springtime' is a standalone collection featuring Guthrie’s ever present signature sound and atmosphere. His approach to music is perhaps more akin to that of a painter or a photographer. The adept use of light and shade, melody and counter melody, the carefully and precisely arranged instrumentation, musical textures and colorings gives his music a depth and level of detail which marks a master craftsman. Guthrie comments, “After 'Pearldiving', I thought about taking a break as my release schedule has been a bit excessive of late, but I took some time in the studio and got very quickly focused on this as my first release for the new year. Spring is an important time for me. Often it’s time to prepare for what’s to come. It can represent new growth. It can also be a good excuse to use a great photo of some springs that I had taken”.

40 years on from founding Cocteau Twins, Robin Guthrie has certainly been its most prolific member, offering a steady and stellar stream of material over the years. His film scores include Gregg Araki's ‘Mysterious Skin’ and ‘White Bird in a Blizzard’, co-written with long-time collaborator Harold Budd. His many other collaborators include John Foxx, Mark Gardener, Telefon Tel-Aviv, Eraldo Bernocchi and Jay Jay Johanson. Last year, Guthrie released 'Another Flower' with Harold Budd just a few days before Budd's untimely passing. His recent credits as a producer and remixer include Heligoland, Jack Colwell, Resplandor, Ummagma, Fawns of Love, Hatchie and Tamaryn. 'Springtime' is available on CD, as well as digitally on all major platforms, including Apple Music, Spotify and Bandcamp, where it can already be obtained directly from Guthrie himself. 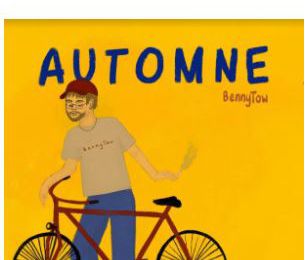