WORLD I LA-based alternative rock collective Beauty in Chaos presents 'Stranger' featuring vocals by the fiery Kat Leon of Holy Wars, whose deep and personal lyrics tell the story of losing oneself amidst personal tragedy.

This is the latest single from their new album 'The Storm Before The Calm', released via LA-based label 33.3 Music Collective on the trail of the beautiful album teaser, including a sneak peek of the bonus track featuring mezzo-soprano Adrienne LaVey.

This record is the studio follow-up to the band’s critically-acclaimed debut ‘Finding Beauty in Chaos’ (2018) and ‘Beauty Re-Envisioned’ album (2019).

The video, directed by Leslie Gladney, subtlety yet cinematically portrays ‘losing oneself’, something everyone inadvertently faces at some point in their life.  BIC curator Michael Ciravolo and Grammy-nominated producer Michael Rozon sculpt an understated dark soundscape for Kat Leon to tell her story.

"This gorgeous song resonates with me much like ‘Storm’ and ‘I Will Follow You’ from ‘FBIC’. One of those ‘a few in a lifetime’ moments for an artist. I truly believe things happen for a reason, as I literally stumbled on Kat’s band Holy Wars when they supported my friends Papa Roach. I thought she had an amazing voice and was a very captivating performer. What stood out the most to me was how she poured her pain and heartache into her lyrics. Lots of her ‘story’ intersects with mine," says Michael Ciravolo.

"It was such a pleasure to be a part of writing this song with Beauty In Chaos. When Michael first reached out asking me to be a guest singer and songwriter on his new track,  it was an honor to be included and I was so inspired by his work. As soon as I heard the instrumental, it gave me such a vibe and it was so beautiful as I heard something so heartbreaking in the song as well. This inspired me to write something very personal lyrically to give it the life it deserves.  I chose to speak about the feeling of grief and feeling completely disconnected from myself and from life itself  after the loss of my parents. And how long that feeling tends to linger even years after their passing. Hearing the finished song was incredible and brought tears to my eyes.   I can’t wait for this song to be released and speak to others who may be feeling the same way," says Kat Leon.

Stranger from Beauty in Chaos 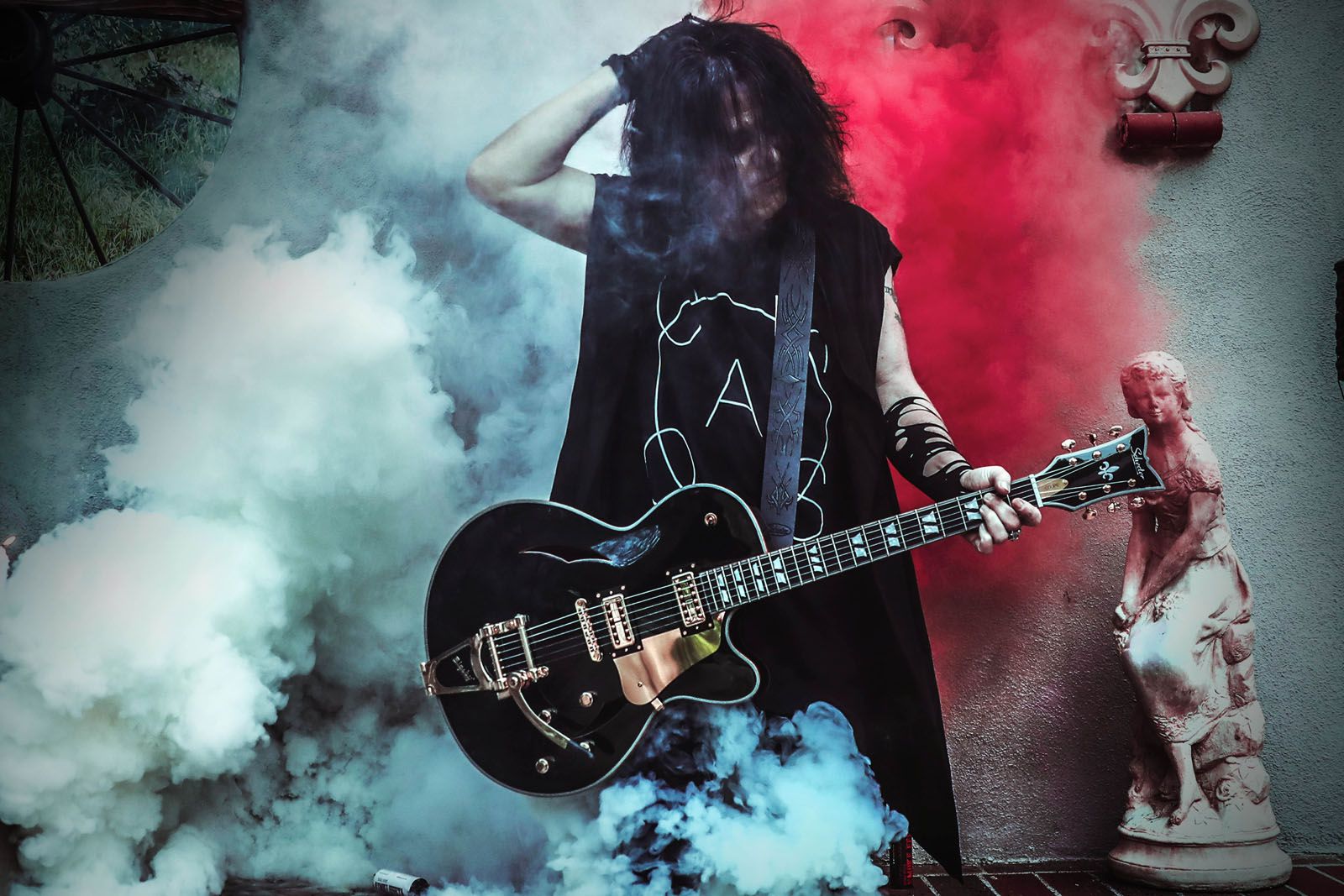