WORLD I Leeds-based trailblazers I LIKE TRAINS present their new single 'Steady Hand', a resonant and timely rally against the powers-that-be. This ominous offering is the latest leg of the expository musical quest entailed in their hard-hitting ‘KOMPROMAT’ album, which will be released digitally on August 21 via Schubert Music’s newly founded Atlantic Curve label.

“A Steady Hand’ looks at the messaging behind nationalist politics. It seems there’s often a certain dark irony at play, with politicians wheeling out an anti-immigration stance which stands completely at odds with their own family history and circumstances. Is there a complete lack of self-awareness, or are they simply willing to sell-out their own partners, parents and grandparents for power and influence?" comments vocalist David Martin.

This follows up expository singles ‘The Truth’ and 'Dig In', both congnizant reactions to a world that has changed beyond all recognition. Both tracks are accompanied by clever videos by co-conspirator and Leeds-born artist and designer Michael Connolly.

‘KOMPROMAT’ is the band's fourth studio album. It deals with the thorny subject of information; how we consume it, how we process it and how our personal data can be used for political and financial gain.

This is the band’s first record since ‘The Shallows’ (2012), which focused on how the internet and smart technology is re-wiring the human mind and affecting our concentration spans. Now, with ‘KOMPROMAT’, it’s clear that this same technology, in the wrong hands, has taken an even more sinister turn. The game has changed – and I LIKE TRAINS have changed with it.

Formed in 2004, I LIKE TRAINS is David Martin (vocals/guitar), Alistair Bowis (bass), Guy Bannister (guitar/synths), Simon Fogal (drums) and Ian Jarrold (guitar). They have never shied away from confronting the possibility of humanity’s collapse. Earlier records, like the towering Godspeed-influenced ‘Progress Reform’ (2006) and ‘Elegies to Lessons Learnt’ (2007) took tales of tragic characters and events from history and applied them to the modern day, while ‘He Who Saw The Deep’ (2010) looked uneasily ahead to the climate change battle we are on the verge of losing.

While ‘KOMPROMAT’ sounds like none of those records, it contains DNA from all of them. I LIKE TRAINS has gone back to go forwards in some ways, returning to some of the primary influences that inspired the band’s formation: Joy Division, The Birthday Party, Gang of Four, Television and The Velvet Underground. This is a record that digs beneath populism’s rise, from the divide and conquer tactics that caused Brexit in the UK, to Trump’s ascent in America and the subsequent reign of lies and misinformation, to discover the grubby hands that have engineered it all.

“We didn’t set out to write a record about current affairs, but the path we set out on converged drastically with that daily discourse. The album inadvertently became about populist politics across the world. Brexit, Trump, Cambridge Analytics and covert Russian influence ended up at the centre of it all," says David Martin.

'Steady Hand' is now available across digital platforms. The full ‘KOMPROMAT’ album will be released on August 21 digitally with physical release on black vinyl LP, limited edition silver vinyl LP and CD to follow. It can already be pre-ordered in all formats via Bandcamp. 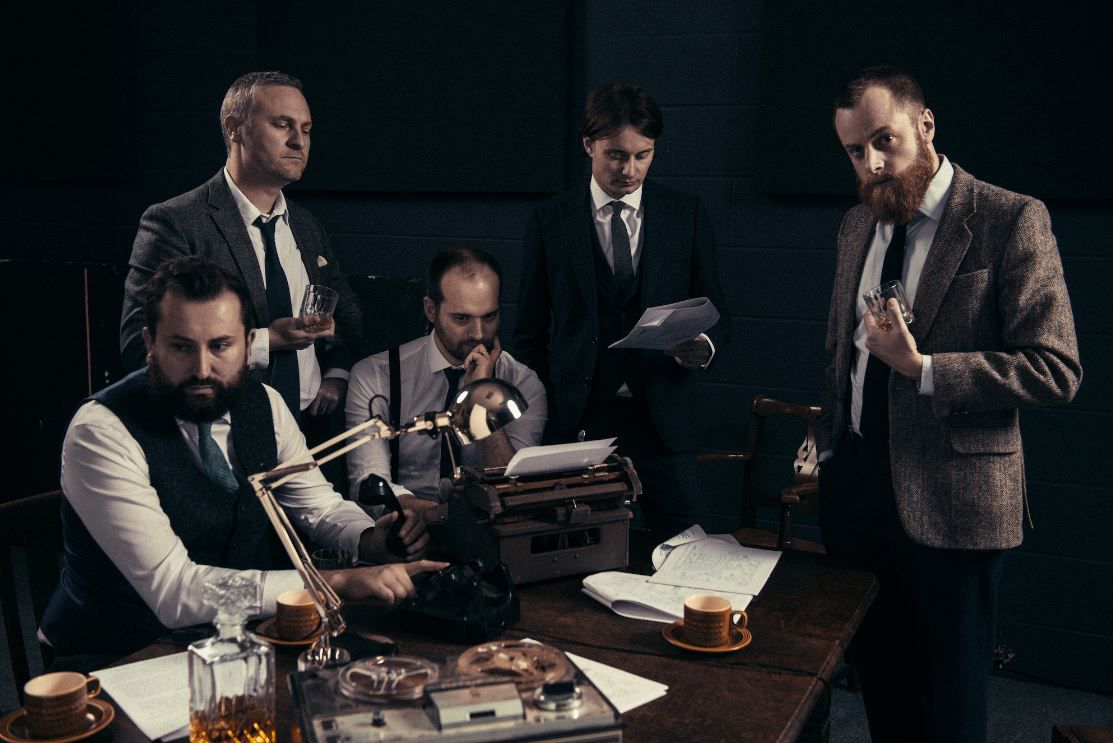