The nautical folk metallers from Storm Seeker present their new single 'Deathwatch Beetle Party' ahead of releasing their new album 'Guns Don’t Cry' via NoCut Entertainment. Finally set to see the light of the seven musical seas, here we have modern metal performed with traditional instruments.

Just before the new year, the Düsseldorf-based outfit presented their raucous single 'How to be a Pirate' to get your adrenaline pumping and wind you up in full swing, along with a lively video by Sandra Schmitt and Marius Bornfleth.

Musical adventureres can expect the full explosion of nautical chants with a vintage sailor look and a new approach to their trademark folk metal sound. With their nautical theme, they serve up a rough and crushing soundscape that is entangled with the sweetness of jumpy folk melodies involving the hurdy gurdy, nyckelharpa, cello and recorder.

''Guns Don't Cry' is our third studio album, where every song is carefully selected and crafted with a passion for detail that lies in the small melodies and instrumental parts. Between the music and these lyrics, we take you on a joyful adventure through the winds and waves of the seven seas," says Stom Seeker frontman Timothy Abor.

Recorded, mixed and mastered by Marius 'Olaf‘ Bornfleth, who co-produced the album with the band in the guitarist's home studio, this album includes 11 stellar tracks that will take you on a voyage to abandoned shores through winds and storms. Epic battles and mysterious creatures await you on this quest, featuring terrific Nyckelharpa and Hurdy Gurdy Solos, fiddley Accordion parts, crushing guitars and thunderous drums.

Storm Seeker's debut 'Pirate Scum' EP in 2016 was followed by gigs all over Germany, Switzerland and Italy followed, plus major festivals in Slovenia and Germany. The debut album 'Beneath in the Cold', released in May 2019, amped things up, bringing them a roaring year, touring with Haggefugg and Vogelfrey and their spring 2020 signing with NoCut Entertainment. Then, despite closed ports all over the world, they faced the storm together, playing shows with Mono Inc. all over Germany.

As of January 29, the 'Guns Don't Cry' album will be released digitally worldwide, as well as physically in Europe. The North American physical release is set for March 19. There is a vinyl edition plus a 6-sided Digipak available, in addition to a limited fan-box containing the album itself, a high quality embroidered handkerchief, a lovely band-poster and a signed autograph card! Orders can be placed at https://nocut.shop/Guns-dont-cry 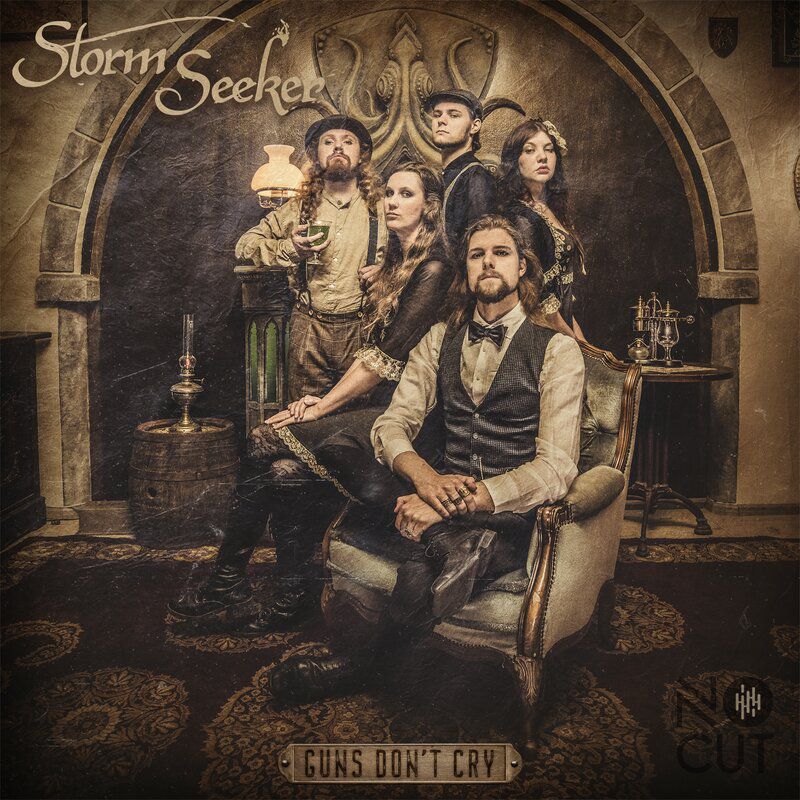 © Layout : Ils font l'Actu ...  FR 2017 - 2021
Transmitter : Shameless Promotion  © Photo by Franz Schepers
Music is not a virus! Admittedly, it contaminates you with the melody, the lyrics, but it can be bought, discovered, hummed, tickles the hollow of your ear, is released on your lips ... Think of the artists, they illuminate your daily life and feed the memory of pretty refrains which will become memories.
Partager cet article