Yndling is the dream pop project of Norwegian artist Silje Espevik. This musical endeavour is the result of wanting to take complete creative control over her music. Through delicate soundscapes and oscillating synths, Yndling invites listeners into her own world, offering a place of escapism and resonance through her lyricism.

Her debut single “Childish Fear” is composed of a hushed, muffled bassline, beatific drums, flows of shimmering synths and hypnotic, celestial clouds of production, creating an engrossing paradise of sound and a melancholy atmosphere. Produced by Adrian Einestor Sandberg, the track drips in intimacy creating a stunning contrast to the story behind the tune which entails her fear of intimacy. Yndling divulges, “The song is about that stage in a relationship where there isn’t really that much new and exciting to discover about each other, and capture the fear that I might not be enough once the shimmering glow of first expressions fade.”

The dream-pop artist has an ability to create magical, dreamy soundscapes that are haunting and emotive, originating a fresh new sound and giving insight to an array of mixed emotions allowing listeners to have a raw view of her heart. “Childish Fear” gradually develops a thicker texture resulting in a full bloom of sound. The vocals are tender and ethereal, the backing vocals are almost unrecognisable as a voice floating throughout the track creating a wash of a dazy utopia to indulge in. Yndling shares, “I wanted to communicate a mood or a feeling with the song that evolves and becomes more consuming as the track unfolds.”

Yndling takes influences from artists and bands such as Beach House, Tops, Crumb, Hatchie and Mazzy Star. When it comes to songwriting, the Norweigan artist often allows her feelings or experiences to engross her for a while in order to fully submerge herself in the reality of the emotions. She explains, “I think there is so much power in letting a feeling or experience be all-consuming, just for a little while, and I really need that to write music.”  Along with always trying to be as honest and vulnerable as possible, Yndling has an understanding that when writing, it is important to “throw away the fear of being too honest or maybe telling a truth that’s not recognized by everyone else and that may feel a little too close for comfort.” Yndling offers a kaleidoscope of imagination and feeling throughout her music and ensures her lyrics are just as positively affecting. © Layout : Selection Sorties...  FR  2017 • 2021
BLOG PARTNERSHIP : LPR Agency
Information: Intellectual property. To use the texts it is imperative to mention the blog address selectionsorties.net or send us a request by email selectionsorties@gmail.com
Partager cet article 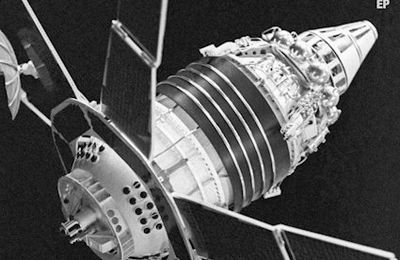