Irish underground quartet Sons of Southern Ulster and Pete Briquette (The Boomtown Rats) are gearing up for the release of their 'Turf Accountant Schemes' EP is. Ahead of this, they preview the track 'Live In The Past'. The 'Turf Accountant Schemes' EP features four tracks from the band's second album 'Sinners and Lost Souls' (2020), each of them re-imagined and re-mixed by Briquette. The other three acerbic classics are 'Fear My Scorn', 'Stubby Yellow Fingers' and 'Polaris' (with video produced by Nicky Fennell), a stellar and invigorating track, mixing cinematic rock and spacious electronica with spoken word but with a sparseness that is chilling. Thematically, the song touches on regret, lost opportunity, death and, of course, alcohol – a recurring theme with the band.

Mixed / engineered by David Minehan (The Replacements, Buffalo Tom, Dropkick Murphys), produced by Daragh Dukes, and mastered by Richard Dowling at WavMastering (David Bowie, Brian Eno, Sinead O’Connor, Primal Scream, Suede, Interpol, Foo Fighters), this EP features striking artwork by acclaimed Danish artist Claus Castenskiold. Formed around songwriters Justin Kelly and David Meagher, Sons of Southern Ulster released their debut album 'Foundry Folk Songs' in 2016.  Many of their songs reflect the experience of growing up in a small southern border town (Bailieborough, County Cavan, Ireland) long before the internet and the country's “Celtic Tiger” rapid growth period. They explore themes of regret and disappointment, interspersed with moments of light and insight. David Meagher delivers the perfect canvas against which these stories can be told with echoes of Gang of Four and a lifetime misspent listening to punk rock. But this is no one trick pony, this EP also bearing hints of Sparklehorse sprinkled throughout.

Pete Briquette is an Irish bassist, record producer and composer. A member of The Boomtown Rats, he has also played in Bob Geldof's band. Things have come first circle, so to speak, with Pete originally from Ballyjamesduff in County Cavan and the Sons from such a nearby community. "In Sons of Southern Ulster, we took a very conscious decision to sing songs about Cavan as it was always a bit underserved, not just in music but in infrastructure and resources. In many ways, the Irish government ignored us and left us to our own devices – for better or worse. I think Pete picked up on that," says David Meagher. As of August 27, the 'Turf Accountant Schemes' EP will be available across online platforms, including Apple Music and Spotify, as well as on vinyl. It can be ordered via Bandcamp.

“Their magic lies in a total grasp of the literary genius of the Emerald Isle and the cleverest and best of the nation’s post-punk acts…9/10” ~ Vive Le Rock "Sleaford Mods with fun sound elements of Wall of Voodoo and LCD Soundsystem mixed in. A potent sonic cocktail" ~ Amplify Music Magazine
“Justin Kelly tells wonderful stories that are located at the intersection between cultural inertia and edges of progress. Irishisms and place names abound, yet the scope, the vision, is universal…4/5” ~ Irish Times "Stellar... mixing cinematic rock and spacious electronica with spoken word with a chilling sparseness... introspective and poetic journey—over the horizon and through the sea of stars" ~ Post-Punk.com “Sons of Southern Ulster’s 2016 debut laid the template for the Fontaines Dogrel….its follow up is darker, with gritty guitars and lyrics evoking a world of alcoholics and abusers” ~ Sunday Times "Brilliantly titillating... Spatially perfect in its element... Impactful, remarkable and brilliant!" ~ Big Takeover Magazine Transmitter : Shameless Promotion  / 8
©  Photos by P. Merchant
INFORMATION: Intellectual property. To use the texts it is imperative to mention the blog address selectionsorties.net or send us a request by email selectionsorties@gmail.com 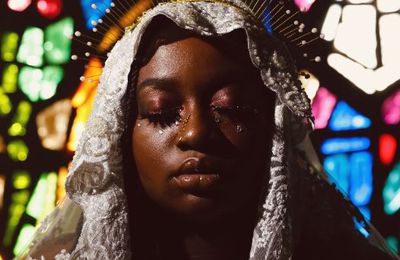