R&B/ Lo-Fi/ Chill hop duo Cravism x Maya Diegel have announced their single 'It's Okay', a soulful poptastic offering, which will be released via UK-French label Komplex Recordings on August 20. Accompanied by a film by Parisien video director Stewart Livinec, this is the first taste of their sophomore project 'Caryatid EP', entailing a series of songs and films. With smooth jazz textures laid over lush mellow jazz hip hop beats, the listener is transported into a chilled relaxing realm. Hailing from Paris and initially trained as a jazz singer, Maya Diegel's trajectory would take a big turn upon meeting Singaporean producer Cravism several years ago in Cornwall after his performance at the local university, Maya fell in love with Cravism's set and sought to collaborate. Impressed by Maya's capacity for writing high level melodies, harmonies and lyrics, their fateful meeting ultimately brought the 2019 release of their first collaborative album 'Vibes, vol. 2', which resulted in ample playlisting and radio interviews and ultimately secured them a record deal with Komplex Recordings.

Recorded in their respective home countries, their new album was mixed by Thomas “Mister T.” Gloor at AKA-Studios in Switzerland and mastered by Stefan Hegar (D’ Angelo, KRS-One, Cody Chestnutt) at Fisheye Music in the USA. “This track started off in one of the basement rooms in Lasalle back in August 2019. It was another practice beat that I made and didn’t really think much about it for months until the first lockdown came. Maya was experiencing lockdown in Paris as well, so I sent her a couple of tracks to write on and she recorded them and sent the back to me to mix,” says Cravism. “When writing this song, I was picturing what I would say to someone that I love who is going through a difficult time in their lives, I wanted to give the audience a feeling of comfort and calm. In this song I am telling the person that is in front of me that they can open up to me about anything that is troubling them. This song to me is pure love. Overall, the album is about part of my experience of being a woman and I thought that this song would add something to the theme of the album, vulnerability,"  says Maya Diegel.

Having released two instrumental albums before meeting Diegel and touring the UK and Singapore, Cravism has always been immersed in the hip-hop culture. Besides being a professional b-boy, Cravism began playing the piano and trumpet early on, which progressed into recording and producing his own music. His music has been featured in Berlin, Hong Kong, London, Mexico City, Milan, Moscow, Paris, and Seoul for the Adidas Originals Flagship Store. It has also been used in many documentary videos, including 'The Cuppa Depresso', 'Elevate the Streets', 'Dead was the Body' and others. Cravism was also the opening act for legendary Hip-hop trio Slum Village during "Dilla Week" in Falmouth 2019. Maya Diegel explores different altitudes with her voice, drawing influences from Hip-Hop, RnB, Neo-soul, Jazz hop and funk. After graduating with a music bachelor in the UK in 2019, she has launched her music career, in addition to pursuing a career in the cooking world, her other great love. A born singer-songwriter, Diegel's style and delivery conjures emotions and atmosphere that make for an incredible experience. As of August 20, 'It's Okay' will be available across online stores, such as Apple Music and streaming sites like Spotify. Out in full on October 22, the 'Caryatid EP' project entails a staggered release of a track every three weeks with accompanying films, in addition to a series of online live performances of these compositions.

"Tune in, clue in and chill out – the waves they are dialing us into are both reassuring and a sweet aide-memoire of mellow jazz / trip hop and soulful R&B offerings by the likes of Morcheeba, Olive, Corinne Bailey Rae and Erykah Badu, albeit with an evident hip-hop element as well. This is sweet music to my ears and definitely should be circling around yours following that first listen" ~ Big Takeover Magazine "A tune to knock your socks off... This certainly numbers among the best pop tracks we've heard so far this year" ~ Amplify Music Magazine Transmitter : Shameless Promotion  / 9
© Photos by  Malcolm Soh
INFORMATION: Intellectual property. To use the texts it is imperative to mention the blog address selectionsorties.net or send us a request by email selectionsorties@gmail.com 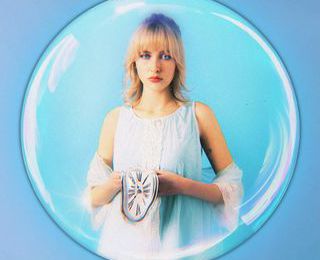 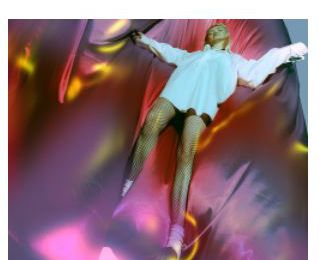