Four years since her latest studio album 'The Fastness', cinematic folk-rock artist Jessie Kilguss returns with her new album 'What Do Whales Dream About at Night?' Inspired by storytelling and emotion, she presents a dose her trademark magical realism in the record's lead single 'Great White Shark'. Produced by Adam Lasus (Yo La Tengo, Clap Your Hands Say Yeah, Helium) along with Kilguss and her band members, Lasus also engineered the recordings, which were mixed and mastered by Charlie Nieland (Debbie Harry, Rufus Wainwright, Blondie).

On this album, Jessie Kilguss is joined by Brian Griffin (Patti Smith, Brandi Carlisle, Lana Del Rey), Whynot Jansveld (The Wallflowers, Butch Walker, Sara Bareilles), LA-based award-winning composer and producer Naren Rauch, and Nathan Schram (Bjork, David Crosby, David Byrne, The Attacca Quartet), with whom Kilguss runs Musicambia, a nonprofit that brings music programs inside prisons.   "In 2018, I was helping teach a 3-day songwriting workshop at a correctional facility for girls (aged 11-14) in upstate NY with the nonprofit Musicambia. We were writing a collective song, going around the circle and everyone was adding a line. I had just read in the news that a man had been eaten by a shark and I thought it would make everybody laugh so I added my line “a Great White Shark ate a man off Cape Cod”.  Even though it’s horrendous, it was so far out of left field that everyone did laugh. I got home and decided to turn my line into a song," explains Jessie Kilguss. "For help, I turned to 'Technicians of the Sacred', an amazing anthology of ancient poetry from around the world, which I came to through Nick Cave’s newsletter 'The Red Hand Files', having recommended it as inspiration for songwriters. There’s an incredible poem in there that’s actually a spell to create gangrene of the nose. It inspired the repetitive nature of the lyrics of this song. Even though the subject matter is truly awful, it’s meant to have a light touch. It’s meant to be funny… Even though I have irrational shark fears when at the beach, I think that sharks get a bad rap. There’s this guy on Instagram (the Malibu Artist), who takes drone footage of Great White Sharks off the coast of Malibu. They’re always out there and they often come very close to people but it’s very very rare that they attack."

Kilguss is a former actress, whose acting highlights include the film adaptation of Arthur Miller’s 'The Crucible', starring Daniel Day Lewis and Winona Ryder, and the UK production of 'As You Like It', directed by Royal Shakespeare Company founder Sir Peter Hall. She made the switch to songwriting after working with her musical hero Marianne Faithfull in the London and Sydney productions of 'The Black Rider', a musical written by Tom Waits and William Burroughs, which was directed by Robert Wilson and also featured Mary Margaret O'Hara. In addition to writing and performing her own music, Kilguss also sings with Gramercy Arms, Jim Andralis and the Syntonics and Benjamin Cartel, having previously performed at the Sundance Film Festival and with Freddie Stevenson, supporting The Waterboys during their European tour.   On 📌July 27, 'Great White Shark' will be available across digital platforms, including Spotify and Apple Music. The full album 'What Do Whales Dream About at Night?' will be released on September 23. That same evening (starting at 8:30), Kilguss celebrate her album with a release show at Rockwood 3 in New York.

"Kilguss artfully pulls us into her wistful nostalgia with a bit of twang and a strummy, well arranged instrumental accompaniment" ~ Guitar World “Stellar, pure, inspired and inspiring… her voice is as clear as her vision and every element of her music is perfectly placed. While performed with impeccable precision” ~ The Spill Magazine "Finely-wrought, deep, dark valentine... well-crafted” ~ American Songwriter “Artfully beautiful, full of radiant harmonics, stylish rhythms, and Jessie Kilguss’ enchantress-like tones. Imaginative and numinous" ~ Seattle Post-Intelligencer "She uses her songs to probe possibilities that lie just below the surface, allowing them to resonate in ways that allow for greater interest and intrigue"
~ Goldmine Magazine "Fluid and poised... Her flawless lyrical and melodic aesthetic relays uncompromising emotion in a light and flowing style" ~ The Aquarian 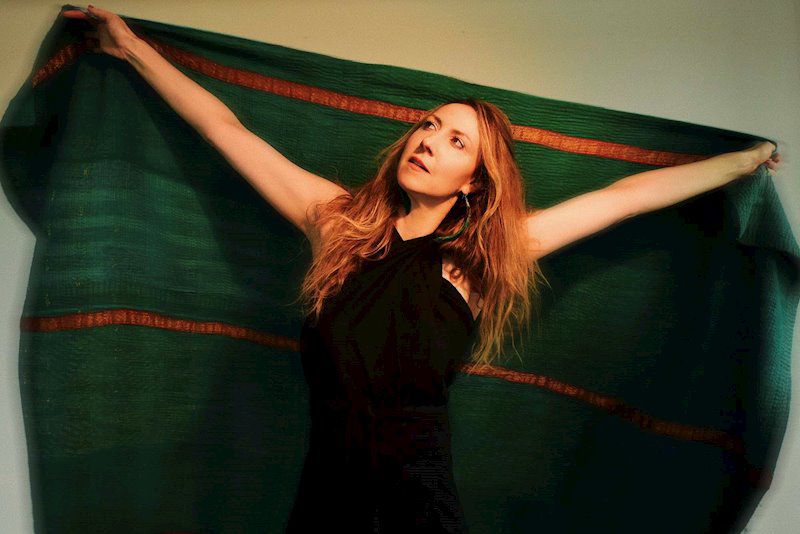