SINGLE - Ender Bender, a newcomer in the indie pop world, presents his new feel-good single 'Honey Lavender Girl', hot on the trail of his debut track  'Star Killer'.  These positive vibing tracks present an enticing taste of the forthcoming 'EQ' EP, to be released in late spring.

The new single centers around his life-changing move from LA to Rome, a journey from self destructive hedonism to spiritual and artistic renaissance. 'Star Killer', on the other hand, explores the ups and downs, the angels and the demons of life in Los Angeles. The accompanying video was designed and directed by Italian artist Tommaso Ragnisco.

Ender Bender is the solo project of Eddie Olguin, a multi-instrumentalist producer now based in Rome, guided by a unique mission of making perfect modern pop rock. Creating music and spreading bliss in the face of the realization that nothing in life is perfect, the pursuit of this perfect sound is what fuels the Ender Bender fire.

"The idea for this song came about when I decided to walk away from everything I knew, pack my bags and follow my heart.  The song encompasses basic feelings that can be associated with such a decision: anxiety, excitement, hope, love, but most importantly, choosing to allow yourself to be happy.  The ride was exciting, tumultuous and often scary; but the destination is joy. "There's a time and a place for everything, and our time is right now," says Eddie Olguin.

About 'Star Killer', Olguin says, "L.A. raised me and made me who I was, both mother and lover, an open highway to my fantasies and, eventually, the butler of my demons.  This song is but a humble, yet bittersweet, ode to this city".

An artist and a small business owner in Los Angeles, Olguin had the Ender Bender ‘vision”, one night in a hospital in Glendale, California while literally facing the prospects of his own death. He decided that he had to cut ties with the artistic quagmire that is Los Angeles and all of its demons. Soon after, the Universe, in all her giving glory, opened the doors for Eddie to relocate to Rome, Italy in the name of love, sanity and, in this case, music.

Not looking for a scene, but simply in need of a certain energy and feeling, Rome ultimately proved to be the perfect place for Eddie to create this music, bringing the Ender Bender project to fruition.

Inspired by music from multiple genres, including light-hearted indie pop, Ender Bender combines new wave and synthpop elements of decades past with forward thinking indie pop and electro. Here the past meets the future in an addictive sonic stimulant designed in a audio lab somewhere.

As of April 17, 'Honey Lavender Girl' will be available everywhere across online stores and streaming platforms. The full five-track EP will be released on Friday, May 8.

"Right away this music grabs you. The catchy synth patterning immediately makes you want to dance, summoning a feeling of 80s nostalgia and innocence – like cruising around with the music full-blast when your parents lent you their car. This is a fantasy sonic cocktail of Thompson Twins and Romeo Void mixed with Human League" – Big Takeover Magazine "With a rapture level electro grab to the nostalgia strings, the energy let loose at this level of beats per minute gives the tingles to the synth-pop senses with a droning electro-hook with hints of retro-rock done" – Jammerzine "This is feel-good vibing happy-go-lucky pop, not to mention a flashback to quite danceable mid-1980s British and French pop" – The Record Stache 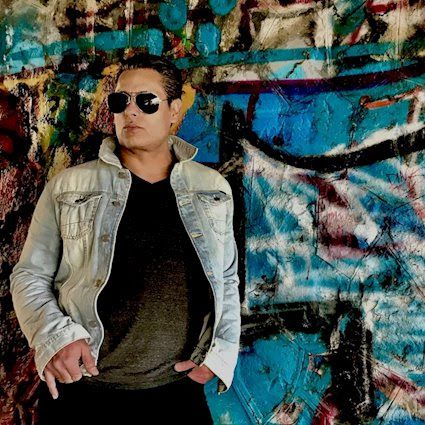