This six-track offering is forged with elements of darkwave, postpunk, industrial, and electronic body music with vocal musings somewhat reminiscent of The Fall's Mark E. Smith. Their trademark sound is characterized by the utilization of drum machines, eerie synthesizers, bludgeoning bass, and melodic guitar riffs. There is something here for both new wave and old schoolers of goth and post-punk music.

from 'Table of Discord' EP

"Isolation is a hallmark release for Altar of Eris. As a newly formed band, this is our most polished release to date. Named for the fact that this EP was recorded in quarantined isolation, this EP touches on themes of social segregation, broken hearts, promises and dreams," says Brandon Bannister.

"It also explores the occult, existential pessimism, and classic horror - I feel we have created something immersive while opening a door into the void. The music we create is rooted in themes of trauma, grief, heartbreak, philosophy and the occult with the intent of cathartically exploring life and music through a lens of self-loathing and existential dread".

Altar of Eris’ influences are wide-ranging and pull from both classic and modern acts of a similar genre, including The Cure, Clan of Xymox, Joy Division, Boy Harsher, Ritual Howls and Drab Majesty. The 'Isolation' EP is a true DIY project. In addition to writing and performing the music featured here, the band members in Altar of Eris handled the recording, mixing, and mastering themselves at their home studio in Seattle, while Nick Trimmer produced the EP.

Altar of Eris' sound is something as intangible and esoteric as it is an outlet to express complicated feelings and uneasy emotions. If one was to paint their sound with broad strokes, it could be summed up as brooding, aggressive, melancholic, dark and creeping. The 'Isolation' EP follows the 'Table of Discord' EP from several months ago on New Year's Day. That was released both digitally and as a limited edition of 100 red cassette tapes, hand numbered and wrapped in black tissue paper (plus MP3 download and bonus track).

The 'Isolation' EP will be released on May 29 and available everywhere, including Spotify, but It can already be ordered via Bandcamp.

"Altar of Eris is not shy to bear themselves to the dark night of the soul, but with catchy pulsating rhythm, dark ominous atmosphere and foreboding sense of actuality" - Big Takeover Magazine 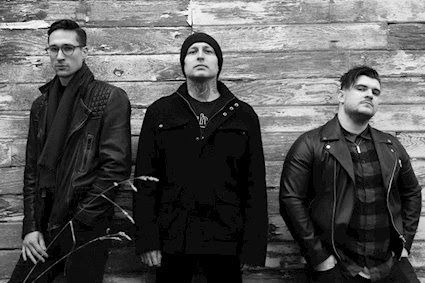 ©  Layout : FRED  Ils font l'Actu ...  FR  2017 - 2020  /   Transmitter : Shameless Promotion                      © Photo Dylan Miller
Music is not a virus! Admittedly, it contaminates you with the melody, the lyrics, but it can be bought, discovered, hummed, tickles the hollow of your ear, is released on your lips ... Think of the artists, they illuminate your daily life and feed the memory of pretty refrains which will become memories.
Partager cet article