- SINGLE - Mark Gardener presents 'Chained', a single for which he collaborated with 2Square, a.k.a. Stephan Haeri of France's Telepopmusik. This song comes from a deep space, as Gardener eluciates on a past attempt to face, beat and get away from some personal demons and unhealthy situations and temptations.

Recorded in Haeri’s small Parisian smoky apartment in the Strasbourg-Saint-Denis area, Gardener notes that this is "up there with my favourite collaborations ever", saying this will "hopefully take our minds away from all current madness we're living in". Written by Stephan Haeri and Mark Gardener with Gardener's lyrics, this single was mixed by Stephan Haeri and mastered by Mark Gardener at  OX4 Sound.

Mark is best known as songwriter, lead vocalist and guitarist with shoegaze trailblazers Ride. He also owns and runs the OX4 Sound recording studio. Over the past 20 years, Mark has produced and mixed the work of many highly respected artists, producers and bands including The Brian Jonestown Massacre, Robin Guthrie, Telepopmusik, Dive Index, Rinocerose, Ulrich Schnauss, Man With No Name, Hopewell, Jam+Spoon, Mikel Erentxun, Dead Horse One, Cat Martino and Swervedriver, along with scoring the soundtrack for the Mojo award-winning film 'Upside Down’ (The Creation Records Story). Mark now brings this knowledge and experience to his new purpose-built studio.

"I met Stephan through a mutual friend - Melanie Bauer, a well known DJ on Paris radio. I had known and become close lifelong friends with Melanie since meeting her to interview on her program during an early Ride promo tour in Paris. Our paths with Stephan had crossed a few times but Melanie basically set up this recording session, thinking it could be a great combination. Stephan had a small apartment, which he lived in and had turned into a studio. I always loved to visit Paris so I was happy to go and spend a week with Stephan at his apartment, where I also stayed for the best part of a week," says Mark Gardener.

"Stephan had some loose instrumental ideas and I got to work with lyrics and vocal topline ideas in reaction to these instrumental sketches I was hearing and then Stephan would mess around with my vocal lines. I think I popped out for food now and again, but we basically didn’t stop for a week until the songs were written and recorded. Stephan mixed it as we were going and then finished the mixes when I had gone back to England. This and the other two tracks are among my life time favourite collaborations.

Earlier, Telepopmusik released the highly acclaimed single ‘Sound’, featuring vocals by Mark Gardener, for which they released an intriguing video by Japan's Toshiaki Toyoda. The vocals for that particular track were recorded during the same Paris session that spawned this new single 'Chained'.

"I wrote ‘Chained’, reflecting about my old home in Oxford, which had become a non-stop nightclub during a time post Ride breakup, when I was living alone. All got a bit out of control for a while and I had some great parties and friends, but one in particular would always show up late at my house when I was working in my attic studio.  He was a bit of a walking chemistry set, so would always show up with substances. I was not in the best head-space at that time and was trying to get away from substances, which was not so easy when it kept on coming through my front door," explains Gardener.

"We’d always end up having big and good nights drinking, getting high and listening to records until dawn for a period; hence the line ‘Chained till dawn to find a new way’ lyric. I knew this was slowly dragging me down so, in the end, I packed up my car with a friend and we drove to the Medieaval Wilds of France in search of a new life. I ended up living in France for four years, experiencing a much needed break from that life. It was just what the doctor ordered! France and nature basically refuelled me and put back everything I felt I had lost after Ride and then a few lost party years in Oxford after that."

'Chained' is available now via Mark Gardener's own Bandcamp and will appear on other streaming and sales platform soon (date to be announced). Look forward to several more singles from this collaboration to be announced this summer. 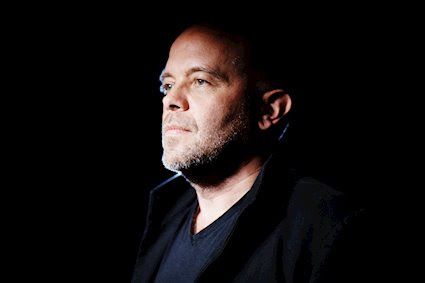 ©  Layout : FRED  Ils font l'Actu ...  FR  2017 - 2020  /   Transmitter : Shameless Promotion      © Photo Steve Gullick
Music is not a virus! Admittedly, it contaminates you with the melody, the lyrics, but it can be bought, discovered, hummed, tickles the hollow of your ear, is released on your lips ... Think of the artists, they illuminate your daily life and feed the memory of pretty refrains which will become memories.
Partager cet article