Jonny Polonsky You Turn Me On (Jim Sclavunos Remix)

WORLD I NYC-based singer-songwriter, multi-instrumentalist and producer Jonny Polonsky presents the Jim Sclavunos remix of 'You Turn Me On'.

Jim Sclavunos has been a member of Nick Cave & the Bad Seeds since 1994. Alongside Lydia Lunch, he was an integral part of New York's No Wave scene in the 1970s as a member of legends Teenage Jesus & The Jerks, plus Beirut Slump and 8 Eyed Spy, before joining Sonic Youth to write and record their first album 'Confusion Is Sex'. Also noted for a stint in The Cramps, Sclavunos also leads his own group the Vanity Set.

The original version of this track featured on his recently released 'Kingdom of Sleep' LP, mixed and mastered by Mike Tholen (Chris Connelly, Revolting Cocks). This new offering follows up Polonsky's single ‘Sign in The Window’ from that same album.


Jonny Polonsky · You Turn Me On (Jim Sclavunos Remix)

"You Turn Me On wasn’t written with a specific person in mind. These are just the words and melodies that came up when I heard the music (I recorded all the music before I wrote a melody or words, which is very unusual for me). But then again, as Keith Richards said, when asked which person he wrote a particular love song for, “they’re about all of ‘em,” says Jonny Polonsky.
.
With a rich history collaborating with the likes of Johnny Cash, Neil Diamond, Tom Morello (Rage Against The Machine) and Donovan, Chicago-raised Polonsky writes interstellar anthems for a new generation of mindfreaks. Songs of sex and death and love...hymns of despair and transcendence. A celebration of what it feels like to be human; from the exalted, grandest moments of euphoria and bliss, to the universal pain of loss and letting go.

"Jim Sclavunos has been making music for many, many years, and is always involved in something cool--whether it's with The Cramps, Lydia Lunch, Tav Falco, on and on...Jim is a diehard music lover and creator, my favorite kind of music maker. (Believe me, not everyone is like that. There are so many "just-add-water-makes-its-own-sauce" kinda folk. It's just not my scene, maaaaaan). His work with Nick Cave and the Bad Seeds, and Grinderman just thrill me to my soul. I love that music so much. It can be like a healing balm on some raw, aching wound, or an icepick through the forehead, their music always delivers," says Jonny Polonsky.

"Jim hosts a radio show in London, so he's fairly accessible. I emailed him and asked him if he would do a remix of a song from my last record, Kingdom of Sleep. He liked the music, and voila. Three weeks later out came a bouncing baby remix, all dark and weird and fun and awesome. A Promethean promenade for a perfect pandemic summer playlist."

As of August 7, 'You Turn Me On (Jim Sclavunos Remix)' will be available everywhere digitally. The 'Kingdom of Sleep' LP is out now on CD, clear vinyl with gatefold sleeve and digitally at www.jonnypolonsky.com/music 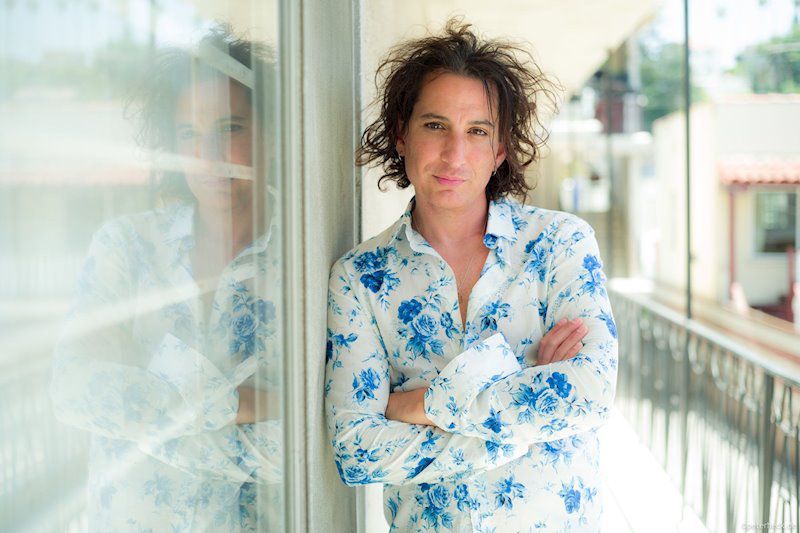 ©  Layout :  FRED Ils font l'Actu ...  FR  2017 -  2020  Transmitter : Shameless Promotion                   ©  Photo by Peter Heck
Music is not a virus! Admittedly, it contaminates you with the melody, the lyrics, but it can be bought, discovered, hummed, tickles the hollow of your ear, is released on your lips ...  Think of the artists, they illuminate your daily life and feed the memory of pretty refrains which will become memories.
Partager cet article