WORLD - Montreal-based postpunk shoegaze band The City Gates present their new single 'Siegfried 1969' via their own imprint Velouria Recordz. This is a hard-hitting track that surrounds Cold War thematics about the stark contrast and juxtapositional realities between East and West during that time.

This single previews the collective's next album, which is expected to be released in autumn of 2020. This newest offering thematically follows up  singles 'Checkpoint Charlie' and 'Cape of Good Hope', the latter of which will also appear on their forthcoming long-play and was released in 2019 on 'Zeitgeist vol. 10', released via Cold Transmission, and on 'Northern Noise Vol. I' (Velouria Recordz).

Well known for heaping on the reverb, fuzz and delay, The City Gates can be described as a modern answer to Phil Spector’s infamous “Wall of Sound. Their music is intense, powerful, melodic, moody, textured and raw. With a sound esthetic and lyrics deeply rooted in the cold war era, they sway between dark melancholic guitars and glimmers of nostalgia.

“I have German ancestors and have much love for the Neue Deutsche Welle, and German 80’s post punk / darkwave / cold wave music scene, such as Xmal Deutschland D.A.F., Grauzone (actually from Switzerland) and Asmodi Bizarr. I took a German language course at university back in the day, but it's not really good enough for a full song in German. So I asked my German friend Alexander Leonard Donat of Vlimmer to give me a hand with this," says Maxime Wingender.

The seeds of this collaboration were planted when Nothingwater and The City Gates frontman Maxime Wingender organized the Montreal-based postpunk / shoegaze / cold wave Velouria Fest, where the two bands shared the stage. Shortly after, Nothingwater created a drum machine loop track for a demo Wingenger sent him. German lyrics were added later.

“The lyrics are about my grandfather who was one of the most famous pianists in the German Democratic Republic (GDR) during the Cold War era. In the song, I compare the Berlin Wall with his personal life. He recognizes that he tries to shut out people, similar to what the Socialist Unity Party of Germany (SED - the only party option in the GDR) did," says Alexander Donat.

"People from the GDR were not allowed to go to Western territories. The Berlin Wall was heavily guarded. People who tried to flee were shot. For artists like my grandfather, it was easier to travel the world. He played in Syria, Australia and many more places. Most Eastern European people were not able to travel to Western countries. They could only travel to Eastern destinations like Romania, Bulgaria and Russia.”

The City Gates acknowledge the financial support of FACTOR, the Government of Canada, and Canada’s private radio broadcasters.

As of July 22, 'Siegfried 1969' will be available via online stores such as Apple Music and streaming platforms such as Spotify. Until then, it can be pre-ordered directly from the band via their Bandcamp page. 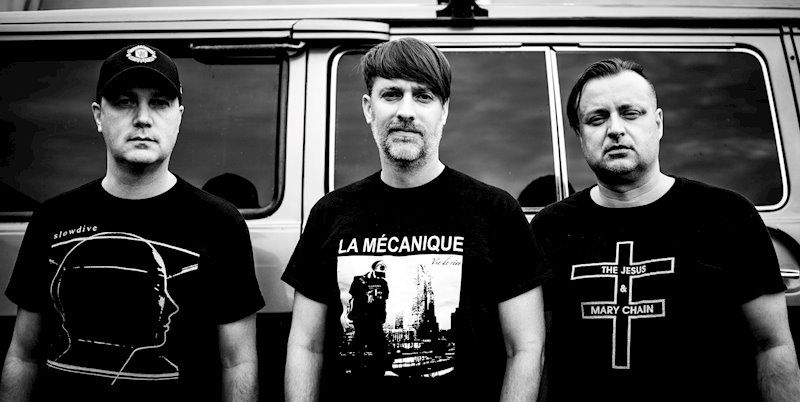 ©  Layout :  FRED Ils font l'Actu ...  FR  2017 -  2020  Transmitter : Shameless Promotion                 © Photo Renee Coutlee
Music is not a virus! Admittedly, it contaminates you with the melody, the lyrics, but it can be bought, discovered, hummed, tickles the hollow of your ear, is released on your lips ...  Think of the artists, they illuminate your daily life and feed the memory of pretty refrains which will become memories.
Partager cet article