WORLD - Today 3rd July, British D&B stars The Prototypes tease more new music with ‘Enter The Warrior’ feat. B3ndu on vocals, the third offering from their upcoming album, ‘Ten Thousand Feet & Rising’ set for release on 23 October. Pre-order on LP and CD on Bandcamp here.   The new cut follows on the recently released singles ‘Oxygen’ feat. Kudu Blue, which was premiered by Danny Howard on Annie Mac’s BBC Radio 1 show before she named it her ‘Hottest Record’, while Mixmag called an “anthemic monster” in their review of the single and 90s Hardcore throwback cut ‘Shadows’ featuring Lily McKenzie’.
"Enter The Warrior is where we are at in 2020”, explain The Prototypes, “it’s dark, aggressive but still has the ultimate dancefloor swag and B3ndu incredible vocals keep it pure party. We know many of our influences are represented in this track and when you will listen to our upcoming album, this is the first ruffneck riddim you will be graced with”.    Talking about the powerful video accompanying the track, directed by Daniel Broadley (You Me At Six, Lower Than Atlantis), the band explains“The idea was to create a fast paced motion dance piece with the amazing dancer Aggie Nonsizi that captured the intensity of the song whilst she moved around her native Bristol. Dan the director let her lead the video with her movements as he captured her energy without any real direction”.   Talking about the collaboration writing the track with the duo B3ndu says, “it was an amazing experience, it just flowed. When I heard the instrumental for the first time, I just felt this surge of energy and felt that the lyrics and melody had to match the intensity.”
Bendu’s words are the testament to The Prototypes production skills, ‘Ten Thousand Feet & Rising’, it’s the sound of an intense studio lockdown, entirely written and composed by The Prototypes and spread over eleven tracks, it includes features by 2Shy MC, Kudu Blue, Elle Exxe and Lowesl, with Chris and Nick producing, mixing and mastering every track.   The duo has also been busy with their 24 hour Drum & Bass & Jungle DJ set with D&BTV which raised money for the NHS through ‘NHS Charities Together’ and has reached 479% of their target, raising nearly £12K against their initial £2,5K target.   The Prototypes are Nick White and Chris Garvey, their potent, hard-hitting production signature and broadsword body of work has been released on seminal labels such as UKF, Viper Recordings, Shogun Audio, Ram Records, Technique Recordings and Formation. Early singles include ‘Pale Blue Dot’ which held the #1 spot on the Beatport dnb chart for over a month, went on to become Beatport's second top selling dnb track, whilst  their 2015 single ‘Pop It Off’ was named “one of the most unanimously unifying cuts in D&B of the year” by UKF Music. Their remixes include acts ranging from Ed Sheeran to Avicii to Friction. Their debut album ‘City Of Gold’, released in 2015 and reaching No. 22 on the UK Dance Chart on week of release, elevated the group to headline status ​ 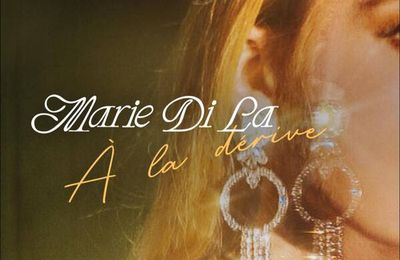