The ‘Box Cutter’ remix takes the song in a more condensed and esoteric direction, while the video offers an introspective, behind-the-scenes look. Tyler Bates, who also scored the music for Guardians Of The Galaxy, John Wick and The Watchmen (among other films), notes,"Music is very personal to me, so it's rare that I remix or re-imagine another artist's music. But after decades of sharing our musical experiences through friendship, I was thrilled when Michael urged me to create a new expression of ‘Temple of Desire’ that is truly my own. The original song is already amazing, so the bar was a high mark to reach, but Rafe Pearlman's evocative lyrics and soulful vocal performance inspired me to explore a new dimension for this track. I love both versions!"

Beauty in Chaos is curated by guitarist Michael Ciravolo, who also happens to be President of Schecter Guitars. With the original version found on 'The Storm Before The Calm’ LP, this version also features producer Michael Rozon (Ministry) on keys and Gil Sharone (Marilyn Manson) on drums. Directed by Vicente Cordero of Industrialism Films, this video was filmed on location at Tyler Bates’ Abattoir Studio in Studio City, CA. “I always strive so that each of our videos has a different look and feel.  I love the simplicity of this video, which is further accented by Vicente’s use of black & white.  It is certainly the polar opposite of our last video 'A Kind Cruelty' (The Sinistrality Mix)', says Michael Ciravolo.

“I’ve known Tyler since his days in Pet and  he quickly became one of my best friends.  Along with BIC producer Michael Rozon, Tyler is one of the best all-around musicians I know.  It has been a joy to watch him become one of the biggest composers in film and television.  I give them both all the credit of introducing Rafe Pearlman to our BIC Family.  I didn’t know what to expect from Rafe in this video as a performer, but he proved to be quite expressive and engaging.  I think this video captures an element of fun in making music. Hell, even the name of the remix is a bit of an inside joke! About the next video, it will be out before the holidays and the pendulum will swing 180!" On the ‘Out of Chaos Comes…’ LP, BIC turns the creative reins over to an extremely talented cast of producers, artists and DJs, including Tim Palmer (The Mission, U2, David Bowie), John Fryer (Cocteau Twins, HIM, Depeche Mode), The Cure’s Roger O’Donnell, EDM star Bentley Jones, and Marilyn Manson guitarist Paul Wiley.

The full 27-track collection (available on CD) is deep and diverse and includes a few surprises. Ashton Nyte’s gorgeous acoustic version of ‘The Outside’, Cinthya Hussey (whose beautiful painting also graces the cover) does a beautiful rendition of ‘The Delicate Balance Of All Things’, and an acoustic/mellotron drenched ‘Memory Of Love’ from Human Drama’s Johnny Indovina.  You will even find some new and fantastic guitar moments from The Mission’s Simon Hinkler, Richard Fortus (Guns N' Roses), Mark Gemini Thwaite (Peter Murphy. The WonderStuff) and Nick Johnston.

“I have now remixed 2 versions of the wonderful Beauty In Chaos song ‘The Delicate Balance Of All Things’ – one with Wayne and the other with Wayne’s wife Cinthya. It’s a strong composition and works very well with a male and female perspective and performance. The versions are very different. I always jump at the chance of working with a Hussey. Either one of them!” ~ Tim Palmer “First of all I was pissed at Michael for not asking me to play on his album but then I forgave him when he asked me to do a remix and with the incredible Kat Leon on vocals, how could I say no? He wanted to tell me the chords and the structure and I was like fuck that all I need are the vocals hahahahaha! and at the end just for him I played a Moog guitar solo. It took me a lot longer than usual as I really wanted this ‘Stranger’ remix to be special as Michael is a very good and long-time friend and I love his passion for music and this Beauty In Chaos project” ~ Roger O’Donnell (The Cure) “So I wanted to give it more dynamics and a more cinematic noir SiFi dimension. I really like the vocals and words but wanted to wrap in a different world, time and space and make it very John Fryer Black Needle Noise-esq” ~ John Fryer (Producer / Black Needle Noise) 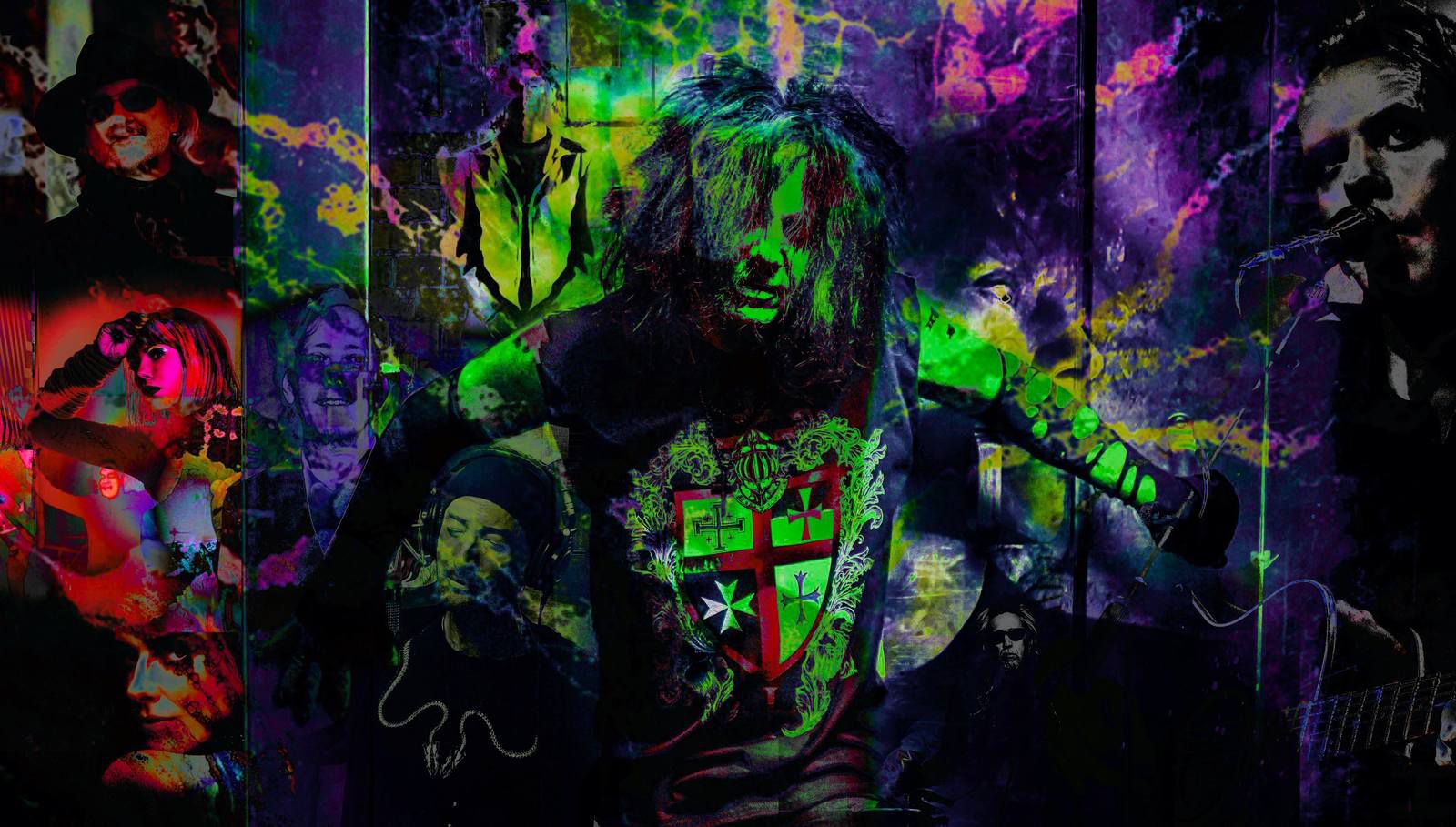 ©  Layout :  FRED Ils font l'Actu ...  FR  2017 -  2020
Transmitter : Shameless Promotion  © Photo by  Jammerzine
Music is not a virus! Admittedly, it contaminates you with the melody, the lyrics, but it can be bought, discovered, hummed, tickles the hollow of your ear, is released on your lips ... Think of the artists, they illuminate your daily life and feed the memory of pretty refrains which will become memories.
Partager cet article