WORLD I Today St. Solaire release the music video for their brand new single Videotape. The single shot video was recorded at the edge of the “Landtong”; an impressive piece of nature surrounded by the industry of the Rotterdam harbour.   Videotape is the first single of upcoming debut album you=me and has a.o. been added to Spotify’s New Music Friday NL. The video was produced by Adapter Media’s Frank van ’t Hof (a.o. De Likt, Het Gezelschap).

Videotape concerns the inseparable connection between the past and the present. A vicious circle in which life teaches us the same lessons again and again.   Compared to previous St. Solaire releases, it’s clear the band made huge strides in rearing their stylistic sound. In collaboration with studio engineer Sam Jones (Klangstof, Kim Janssen, Luka) they managed to capture the band in their most natural form: layered and above all honest. It causes the single to sound more spacious, powerful and expressive than ever before. Album you=me will be released by Sweetfish Distribution (Jack and the Weatherman, Kita Menari, David Benjamin).    Frontman Geert van Emden: “We recorded the entire album in our self-built studio, allowing us to stay very close to our natural sound. Sam Jones managed to accentuate all of this in a beautiful way, resulting in a well-balanced record we’re truly excited about.”

Spellbinding and elegant, St. Solaire’s characteristic blend of soothing acoustics and subtle musical coloring led to a sparse and captivating musical output. The band have created an expansive palette of rich harmonies and well- balanced percussive layers harnessing Geert van Emden’s compelling vocal qualities.   Having proven themselves on stages like TivoliVredenburg, Doornroosje and Paradiso; or at music festivals like Where the Wild Things Are and Motel Mozaïque; or supporting indie pop band HAEVN and American singer-songwriter Noah Guthrie on tour; St. Solaire has taken root as a skillful and heartwarming live band.   The band are about to venture into new territory with their upcoming full-length release, which will be released in April 2021. 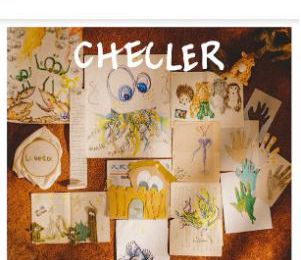