This single follows close on the trails of BNN's 'These Mortal Covers' album, a covers-based album, released via Cleopatra Records and involving collaborations with a handful of varied vocalists, including Anjela Piccard, Pinky Turzo, Beca, Tom Berger, Magic Rebecca Coseboom, and Betty X.

"I had made the music and was talking to my good friend Marija Buljeta and said I was looking for an opera singer for it and as luck would have it she was friends with Helena Mamich, who she recommended to me and the rest is herstory as they say. Helena has worked wonders on this song and we give you 'Nocturnal'", says John Fryer.

"Adding the dark voice into the context of darkness we get Nocturnal" or the Latin proverb "De nocte Consilium", explains Helena Mamich.

As one of the most innovative sonic architects in our age, “John Fryer has practically soundtracked your entire life” (Impose Magazine). His musical imprint is massive, having shaped the sound of bands from Nine Inch Nails and Cocteau Twins to HIM and Depeche Mode. He is also one of just two masterminds behind This Mortal Coil (along with Ivo Watts-Russell – not only producing, but also keyboards, strings and synthesizer sequencing). John Fryer started his career in 1979 at London’s Blackwing Studios (London) and soon began working with seminal bands on 4AD, Mute, Rough Trade and Beggars Banquet, including Depeche Mode, The Wolfgang Press and Cocteau Twins. His achievement in helping develop the latter’s pioneering ethereal and ambient sound ultimately led Watts-Russell to recruit Fryer as his partner for This Mortal Coil.

Since then he has produced many iconic artists, including Love and Rockets, Swans, HIM, Cradle of Filth, Clan of Xymox, Nitzer Ebb, Dead Can Dance, Yaz (Yazoo), Xmal Deutschland, Fields of the Nephilim, De/Vision, Stabbing Westward and many others. Fryer has also produced many film soundtracks, such as Seven, Clerks, Johnny Mnemonic, Mortal Kombat, Faust and Resident Evil: Apocalypse.

'Nocturnal' and 'These Mortal Covers' are available everywhere digitally, including Apple Music, Spotify and directly from Black Needle Noise via Bandcamp, along with their debut album 'Before The Tears Came' (CD, vinyl, digital) and following 'Lost In Reflections' LP (vinyl, digital).

Very soon, the good folks at Los Angeles' 33.3 Music Collective will also be offering CDs of the new album exclusively as a gift when you purchase something via the Black Needle Noise website. ©  Layout :  FRED Ils font l'Actu ...  FR  2017 -  2020  Transmitter : Shameless Promotion                 ©  Photos by  Martha Schuster & Daniel Jones
Music is not a virus! Admittedly, it contaminates you with the melody, the lyrics, but it can be bought, discovered, hummed, tickles the hollow of your ear, is released on your lips ... Think of the artists, they illuminate your daily life and feed the memory of pretty refrains which will become memories.
Partager cet article 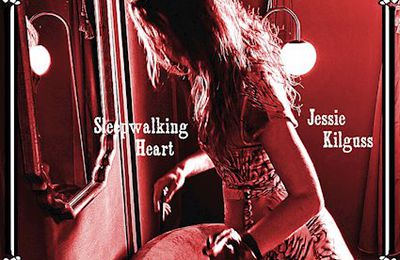