Following on from the enormous success of her previously shared debut single ‘Quiet’ in 2019, which saw support from the likes of Earmilk, Atwood Magazine, and Celeb Mix, Toronto-based singer and songwriter Grace May has now returned to announce the details of her debut EP ‘L.V.R.’, along with the collection’s lead offering ‘Angel’.

Much like ‘Quiet’, ‘Angel’ sees her channel the same rich and vibrant R&B aesthetic that set her apart from the crowd at the very start. Bringing her smooth and enticing vocals atop a broad and atmospheric production throughout, this new release sets the tone of what we can expect from her upcoming debut EP.

Speaking about the new song, she said, “The concept for ‘Angel’ was to write a letter to an old love about a new love. I wrote the pre-chorus, “I was scared and unsure of what good could come from you treating me so bad,” because I genuinely didn’t know what good could come after that. And then someone came into my life that was so good, it felt like they’d been sent to me.

“Writing about romance and love doesn’t always come naturally to me because I can be pretty closed off if I feel vulnerable. But being closed off is tiring. And as a songwriter, I knew I needed to challenge myself. And especially as an artist who preaches authenticity, I knew I needed to try. So I wrote this EP as if I were talking to my best friend, or writing in my journal or, at times, speaking to an old love and telling them all of the things I was too afraid to say. I didn’t filter my emotions out of fear and in the end, it felt so good. Freeing. This EP depicts the perfect and not-so-perfect moments from my past romantic relationships and the lessons I’ve learned from them.”

While adding about the new video, “The music video for Angel was shot and directed by Teaunna Gray and styled by Kaylah Wilson. We spent sun-up to sun-down in Teaunna’s natural light studio (Of Sorts Studio) shooting for L.V.R. and it was one of the most inspiring days I’ve had in a long time, I think it was for all of us. One of the reasons I wanted to work with Teaunna was because of her incredible ability to capture her subjects on film.

We actually lost count of how many times she had to change the roll in her camera because we just kept coming up with new concepts to shoot for every look. Not to mention she took the time to hand paint the backdrop you’ll see in the video and photos so it would better match the vibe we were going for. The three of us were all managing the set design, hair & makeup, the props... Working with women truly is extraordinary.

“Whenever I look out the window of a plane, I always find myself wishing I could sit on the clouds. That’s where the concept for this video came from: a bedroom in heaven. I wrote Angel in my room, on my bed, so to now have a music video where I get to watch it come to life is an indescribable feeling. We decided to film the music videos for L.V.R. on a camcorder, to play with the natural grain of a vintage camera, and make it feel like you’re in someone else’s dream. When shooting on film and a camcorder it’s really “what you see is what you get”, which felt extremely authentic to the project and was also why I was so grateful to work with such a talented team on the day.”

Grace May is a 24 year old Canadian R&B singer-songwriter based in Toronto. Her musical influences range from Etta James and Barbra Streisand to Lianne La Havas and H.E.R.

“Music was always played in my house growing up. Some days it was opera and classical music, other days it was Stevie Wonder and Alicia Keys.”

The R&B singer-songwriter started singing at the age of 7, in the shower and in church. She didn’t start writing songs until her third year of school at Berklee College of Music, “I felt like a very small fish in an ocean. It took me about two years to hone my sound, and start writing and performing as Grace May.”

L.V.R. was produced by Charles Myers in Brooklyn, New York during the summer of 2019. The songs depict the singer’s perfect and not-so-perfect moments from past romantic relationships and the lessons she’s learned from them. “I’ve always wanted to release music like this, it still feels like a dream.” 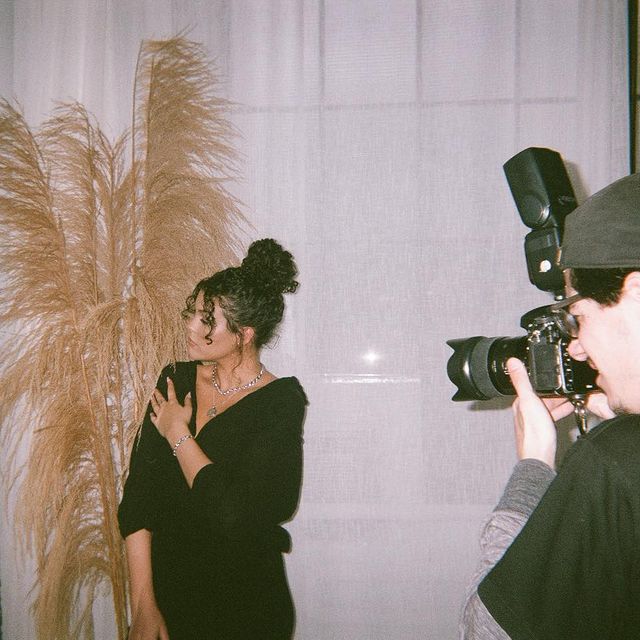 © Layout : Selection Sorties ...  FR 2017•2021
Transmitter : Mystic Sons
Information: Intellectual property. To use the texts it is imperative to mention the blog address selectionsorties.net or send us a request by email selectionsorties@gmail.com