Raina Sokolov-Gonzalez ~ If They're Mine.

Raina Sokolov-Gonzalez is a singer/composer based in Brooklyn, New York. Born into a family of musicians, music was Raina’s first language and it runs deep within her veins. Rooted in Jazz and R&B, the songwriter invites us into her unique sonic world with harmonic nuance and lyrical poetry.

Raina’s cross-genre style is built from the bottom up. With improvisation as a starting point for her songs, Raina draws on her emotionality and leans into her perception of the world around, uncovering hidden depths within daily life and articulating personal truth with vulnerability and bravery. Songwriting is her way of processing and understanding life in all its complexity.

If They’re Mine is a cross-section of Raina’s internal landscape, the questions and dynamics that inhabited her for a long period of time. The songwriter shares, “I have formative tensions around desire and deception, around dissociation and attachment. Written in 2017 and 2018, these songs are of a young woman grappling with internal and intimate conflict, searching for truth, embodiment, and resolution.”

Produced with her brother, Jake Sokolov-Gonzalez, the two built these arrangements together over the span of two years. The seven-track release was mixed by Grammy winning engineer Jon Rosenberg and mastered by Ryan Schwabe (Nick Hakim, REI AMI).

Opening with “Better Half” we encounter a split self and the toxicity of tension left untended; “Something I won’t admit to myself/I’m sick of myself/Something I won’t admit to myself/I’m bad for my health.” As we move through the album, we uncover softer sides and nuanced edges. From the intimate “40 Days,” a subtly complex story about a struggle to let go, to the experiences of being objectified in the hypnotic “Better For You.” Concluding with the title-track “If They’re Mine,” the album resolves with an echo of healing, calling forward the potential to bring together all of these disparate parts into a cohesive healthy body, mind and spirit.

The album has a wide musical palette, woven with a strong thread. Raina confides, “My intention is to honor the music as it comes, to craft it to the best of my ability and to be true to my creative voice.”

With over 600k streams on Spotify and a budding global audience, RSG has packed rooms at prestigious venues such as Brooklyn Bowl, SOB’s, Rockwood Music Hall, MoMA PS1 and many others. Opening for artists such as Starchild and the New Romantic, Raina has a deep connection to the New York City music scene. 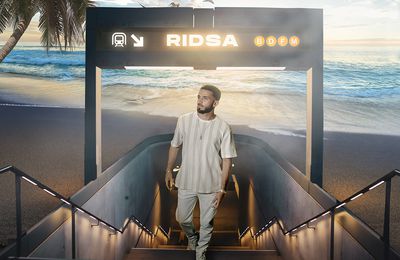