Nine years ago, three six-graders ignored all the other trappings of ascendant teenagers and dedicated themselves fully and feverishly to making music. Growing up in the serene town of Vernon, BC, daysormay not only mastered their songwriting and playing skills, but they also became production wunderkinds with the release of their EP, Talk Peace To A Wolf.

Now 21 years old, in Vancouver, with a full album in their arsenal, the members of daysormay (the English phonetic of the French "désormais" meaning "from now on") have the wind at their backs with no intentions of slowing down. With influences like Phoenix, Glass Animals and Portugal. The Man., singer Aidan Andrews and twin brothers/rhythm section Carson and Nolan Bassett are carving out a unique space in modern alternative music.

In their new album, Just Existing, audiences will hear how the band has continued to challenge their craft by incorporating pulsing drums, enchanting synths and guitars, unforgettable melodies and sharp-witted lyrics, demonstrating how there are no limits to their sound. Swerving between studio and at-home sessions, this musical collective have been working alongside the likes of Steve Bays (Diplo, Hot Hot Heat, Fitz and The Tantrums).

Just Existing is a collection of snapshots from their lives, the growth, trials and tribulations and raw journal excerpts from their life, as they check in with each other after a turbulent few years. In true daysormay style, their authenticity sees them making music not only they love, but as a scrapbook of sounds and influences, with prominent drums, euphoric and emotional melodies and a whirlpool of dynamics brushed in their vibrancy and artistic passion.

daysormay attack each new live show with the relentless energy of a band on the verge. Their history of stunning audiences is extensive, from at home in Canada, to headline shows in Europe, including The Reeperbahn Festival (Germany), The Great Escape (England), Bumbershoot (Seattle), as well as support slots on stages with Cold War Kids, Tessa Violet, Peach Pit, and Walk Off The Earth. BLOG PARTNERSHIP  : LPR Agency / 10 • 7
© Photo credit // Zuleyma Prado
INFORMATION : Intellectual property. To use the texts it is imperative to mention the blog address selectionsorties.net or send us a request by email selectionsorties@gmail.com 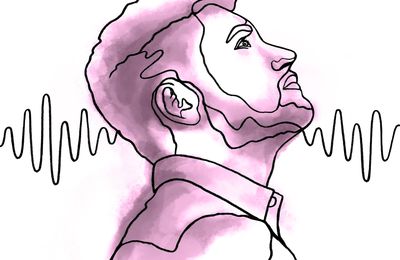