Lee Martin ~ What If I Die

Lee Martin is a New Zealand-based singer-songwriter who has been impacting the music scene with her thought-provoking lyrics and storytelling writing style. She is South African born, and this is where she recorded two original albums, which received ample radio play and enjoyed great success from her fans from all the corners of the world. Now the world is set to see her latest single, "WHAT IF I DIE", on 📌November 5, 2021
Lee’s first recordings in New Zealand were released by AAA Records to high acclaim as the Lost Girl EP in 2019. "Falling Down" (2019) was released as a ground-breaking 360-degree VR video which allows the viewer to move inside the video to look at different aspects, and discover up to eight Lees performing at the same time 360 VR Video "Falling Down". The new track off her upcoming album, bar backing vocals, was recorded at Redroom Studios in Auckland, with co-production by Chris Ward and TeMatera Smith. Brendan Zwaan engineered the piece, TeMatera mixed, and Chris Chetland at Kog Studio was on mastering. The African Gospel style Backing vocals were recorded and produced by RJ Benjamin at Jazzworx Studios in Johannesburg, South Africa, paying homage to Lee's African roots.
Lee gives an insightful narrative of how the tune came to her, "I played a gig one night at a corporate event and was seated next to a man that I got talking to. I love asking deep and meaningful questions, and he ended up telling me that his biggest regret was never taking his wife to Paris when that was her one dream. They always had excuses, kids, house, finances, the usual.

"When they finally were able to go, she became terminally ill, and they never got to go before she died. This story really touched me, and I realized how important it is to do the things you want to do and not postpone your life. Things can change so quickly, and opportunities can be missed. I’ve always wanted to see the painting by Van Gogh, 'Starry Night', in real life and it has also always been my dream to go to the Greek Islands. So of course, I decided to delay no longer and make it happen.

"I booked my tickets for New York and Greece which were both in 2020. Of course, then Covid hit and neither dream came true. This song is about bucket lists and the things we want to do. 'What if I die, without ever seeing Starry night'. 'Starry night' is the metaphor for whatever your bucket list might be."

Lee started her training in classical guitar at the age of nine, and a childhood spent listening to greats such as Van Morrison, Dire Straits, Pink Floyd, Leonard Cohen, etc. greatly influences her music. She is an old soul with a versatile writing style that allows her to cross genres as she glides easily between Adult/Contemporary, Soul, Country, Folk, and blues all the while maintaining her unique sound.
OUT 📌 NOVEMBER 5 2021 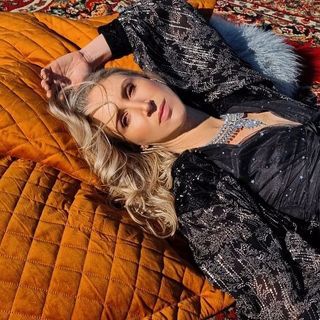 Transmitter : Autopromotion
INFORMATION: Intellectual property. The ideas, the concept, the layout, text are protected, you can share by mentioning the url of the blog   https://www.selectionsorties.net  • For all requests only by email  selectionsorties@gmail.com