Lekkerboy is the perfect reflection of the journey Sticky Fingers have been on thus far. Written over the pandemic and the first time in thirteen years that the band were isolated from each other, living in different places across the country, the band eventually reconnected to make some of their best work to date.

Beaker shares, “Even when the world stops our story keeps unravelling and we’re good at capturing that story. Lekkerboy is open to your own interpretation and the poetry is left for the taking...But for me this album is raw and already feels nostalgic - It’s fucking big and full of heart.”

Freddy explains, “The momentum was too strong and the resulting recording sessions at the Grove further affirmed how massive all these songs were. Lekkerboy is our biggest and longest album yet which I know fans have been gaggin for. I’m so proud of what we’ve achieved, and I can’t wait to take it to the world. It’s time to bop!”

The band held onto “Lupo the Wolf'' until the bitter end as they knew it was something the fans would love and they wanted to make a moment surrounding the song and the video clip. A “classic” Sticky Fingers song with all the right sounds in the right places it’s one they are very excited about releasing. Seamus says “Lupo The Wolf has got such an energy. It’s a bombastic song. It’s dirty, it’s cool and it’s got a throwback to our old stuff but also pushing forward in a new way.  The clip for it is fucking cool. Dizza said he’d been reading about this guy Lupo The Wolf, this gangster and Pats like fuck ya let’s write about that. It was one of the first sessions we did down in Wollongong so really lifted the spirits early on and got the ball rolling. It’s a heater.”

Previously released singles all have seen millions of streams and excitement that this is another Sticky album that will last forever in fans minds.

The first track to be released from the album was “We Can Make The World Glow”, an uplifting track about getting on with life amidst the demons in your head and other shit that weighs you down. With high-spirited, tight drums, the track carries a woozy, sunset energy doused in a grittiness that gives the song StiFi’s signature rocky glaze. The inspiring melody carries a profound sense of comfort, emphasizing the notion that everything will be ok.

Then there is “Saves The Day”, which narrates writing a song for a girl only to find she doesn't dig music. However, writing it wasn’t all for nothing though. In fact it led to a whole bunch of important self-reflection to help realise why this lover in question may not be into it... “I’m looking at the re-runs, I was acting like a dog.” Cornwall confides, “Spending a year off the piss and the gear has been hard work that I’m pretty proud of. You find yourself with a real clear headspace looking into the past. There’s a lot of bitter pills to swallow looking back on the way I’ve behaved when I’ve been messed up. Picking fights and being a gronk. ‘Saves The Day’ is about the importance of confronting your past and coming to terms with it. ‘I said I’m sorry sister for the damage I have done, I said I’m sorry Mumma for what I’ve become’. It was one of those songs that came out of nowhere. Sunny arvo at Seamus’ house. Bashed it out in under half an hour. These kinds of songs are often my flavourite.”

“My Rush” is a clear indication of the band’s ever-evolving sound. Five albums in and there are no signs of laziness in their music. Constantly striving for something new and exciting, that’s exactly what you get with this track. Sonically and thematically darker, “My Rush” was written during a bad time for Frost. Struggling with his health, out came the lyric, “I could wake up in the ward dripping epipens.” Cornwall shares, “A wave of darkness hit the room. Though it felt like the right lyric it didn’t make us feel good recording it .... A couple of hours later Diz overdosed and wound up in the hospital. Not the kinda voodoo shit you wanna predict while writing music. We stopped the sessions at Dizza’s joint after that. Too damn spooky. My Rush as a whole is a damn spooky song really. ‘How dark does the rabbit hole go?’....P.S Diz came out okay he’s still nuts as ever but he’s here and singing like a champion on this one.”

"Crooked Eyes" takes a slight departure from Sticky Fingers' signature style. Stripped back to the bones, Frost's warm, honey-toned vocals melt over clean cut guitars and vintage organ. Layered harmonies create a spine-tingling atmosphere, reminiscent of a gospel choir, which nods to the song's narrative of overcoming your hardships and finding the light at the end of the tunnel. "Crooked Eyes" raises a glass to all the ups and downs, acknowledging the darker times and finding gratitude for ultimately becoming stronger individuals. Frost speaks about the creation of the song sharing, "We've tried to crack this song multiple times throughout our career and have never nailed it. Until now.

There are some shitty recorded versions, there are also some recorded versions which are too fucking tidy and not rough enough around the edges. I started writing the verses when I moved down south of Sydney and the song then became very personal due to my drug addictions and nifty mind sets. To be completely honest this song really is from the heart due to some pretty serious shit that has happened but also a toast to all of that shit that we were able to get over which felt soul replenishing. Once again this song wouldn’t be what it is if it weren’t for the whole Sticky family. It’s about our struggles and also the love we share for each other and our good times...you know, the usual shit."

Title-track “Lekkerboy” rings true to the band’s loved sound of effortless vocals, mellow melodies and an overall laid-back atmosphere. Touching on addiction, it’s another personal look into the lives of the five Aussie lads, paying tribute to the band’s time spent in the Netherlands, with “Lekker” translating to “tasty” and reminiscing on the time Dylan got the word tattooed across his belly.

For “Love Song” Cornwall shares, “Seamus wanted to make a driving upbeat number in the style of The War On Drugs. Anyways, we got to making the song and we pulled a classic Sticky manoeuvre. We get the music sounding all dandy alongside lyrics several shades darker. Bit of the old yin and yang ... Taras later stripped back all of the bombastic rhythm section and synths. Leaving Dylan’s vocal naked with only an acoustic to hold on to. As a result Love Song is easily the saddest Sticky Fingers song ever written. I feel myself almost tearing up every time I listen to it. I don’t think it’ll never not have that effect on me.”

Having sold out arenas across Australia, racking up 1.5 Billion DSP streams to date and being applauded by the likes of Rolling Stone, Wonderland Magazine, Clash, American Songwriter, Fred Perry, NOTION, Flaunt Magazine and Earmilk to name a few, it’s clear that Sticky Fingers have still got it, even after a nearly three year hiatus. 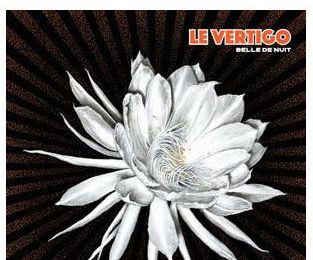