Polartropica fuses elements of complete opposites together with the outcome resulting in a unique, ethereal sound that defies all sonic worlds. Using both organic and synthetic instruments, Wu conceived a visionary dream world for listeners to escape to. Wu professes, “I wanted to create a healing, inspiring and empowering space with just the right amount of disco-party!"

Her debut album, Dreams Come True, perfectly encapsulates Polartropica's entire ethos, creating a soundtrack to her very own magical intergalactic space. Wu shares, “I get to play and work with some of the most incredibly wonderful people in the entire universe, and we always try to have as much fun as possible.” Sonically the album is a delicious concoction of dreamy synth rock, fueled by stories of people, animals, world news and Wu’s experiences as a queer Asian-American living in California.

Her recently released single "Serial Killer Slayer - Give Them Hell " is about brave people who fight back when faced with kidnappers, serial killers, and predators. The infectious and bold track fuses pop punk, garage rock and electropop for an empowering anthem of self defense.

"TERMINATOR" was written during a soul crushing dark time during the quarantine amid personal turmoil and violence against AAPI community and seniors, Terminator is a goodbye letter to someone they loved.  The track is inspired by Terminator 2's T-1000 Liquid Metal.

Under pressure and attack, he melts down to an amorphous mimetic polyalloy puddle, but reforms himself stronger than ever, and is almost impossible to kill. Wu wrote this song so that fans and listeners could supercharge on courage and hope whenever going through dark, uncertain times.

The track is to be released with a collection of moving sequences, TERMINATOR:DYNASTY in collaboration with photographer and video artist IZZO illustrating 6 WAYS TO DIE. It explores physical and psychological pain as a means of release and pleasure, perceived power dynamics, and the way our existence, humanity and worthiness lives on in everything we love and touch, and cannot be diminished to our accomplishments.

Written with the intention to allow listeners to let their imagination run wild, Wu hopes her music creates little escapes from reality for anyone that is looking for a mini vacation. Having been crowned LA Weekly's ‘Best Indie Pop Band of 2019’, as well as landing acclaim from the likes of Billboard, NPR, LADYGUNN, among others, Polartropica is an artist to watch. 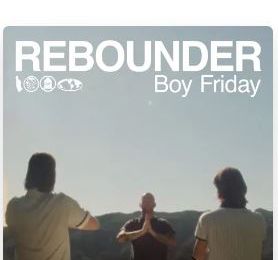