Stephan’s voice is fierce and fearless, but this was not always the case. She grew up shy and afraid of her voice until she started writing songs on the family piano in South St. Paul when she was 16. In music, she discovered something extraordinary that allowed her to transcend everyday life and find a deeper sense of self. Stephan moved to Tulsa in 2014 with the intent to give up her pursuit of a music career, however with a little encouragement from a friend, she continued her journey and started releasing music.

Her songs were promptly applauded by critics and have since been racking up a number of awards, as well as garnering acclaim from media and fans across the globe.

An underlying theme throughout Stephan’s music is hope, she explains, “Its such a cliche word and yet there are so many layers to it. Hope keeps us alive. It keeps us moving. But it also feels flighty some days like a pixie that does what it wants. But it's not a pixie. It's more like the air we breathe. Some days its presence is stronger than we realize and some days we forget in our day-to-day lives that it's there... keeping us moving forward”. Her music combines her love for the storytelling elements of Disney ballads and the bold, brilliance of The White Stripes, as well as the soul-wrenching R&B melodies of H.E.R.

Casii Stephan has seen success both obtaining and being nominated for multiple awards from the likes of Independent Music Awards, Hollywood Music in Media Awards and USA Songwriting Competition to name a few.

She also heads a female fronted festival entitled MisFEST in Tulsa, that has gained recognition both locally and nationally. The singer-songwriter performed at the online Sundance Festival and was also recently profiled in Billboard. Continuing to craft real, authentic, soulful music with the intention to help others feel a little less alone. 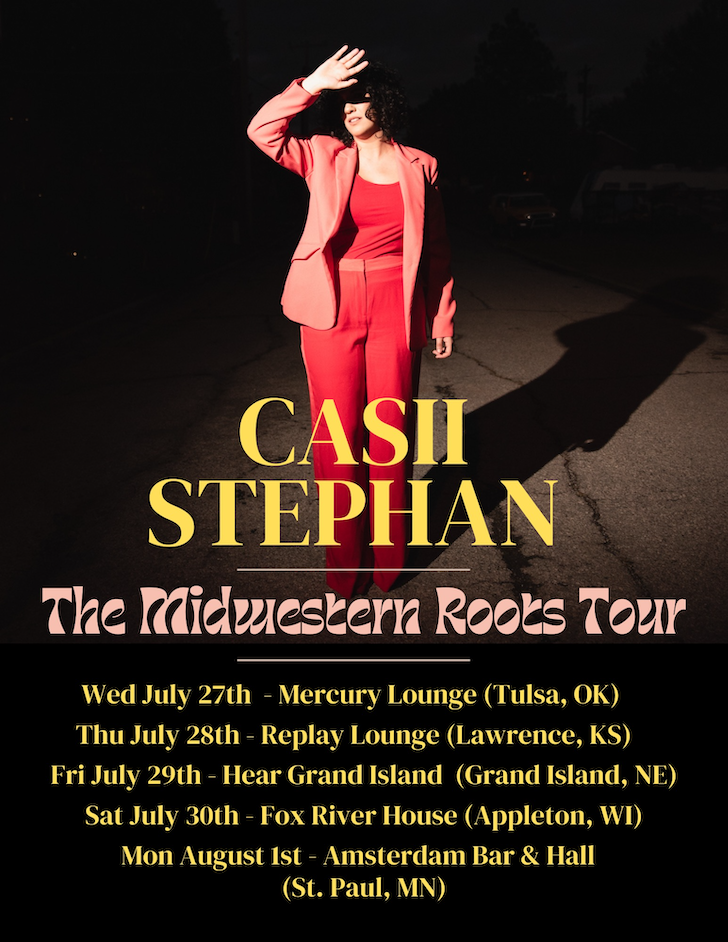