UK-based psychedelic rockers Black Market Karma present 'Dead Trajectory', a warm and welcome preview of their new album ‘Aped Flair & Hijacked Ideas', slated for release in late September via London boutique label Flower Power Records. Hailing from London and now residing on the South coast of England, the band are back with a colourful carousel of jingle jangle and distorted wobble, following up the 2021 long-player 'The Technicolour Liquid Audio Machine', a lo-fi instrumental, nostalgic, beat driven opus concocted during the 2020 lockdown.

Lead track 'Dead Trajectory' is the summer feel-good track we all need, Live footage in the accompanying video was filmed by Jenn Cliff-Wilcock in October 2021 during Black Market Karma's UK tour.

Their tenth album 'Aped Flair & Hijacked Ideas' is a loaded 11-track offering with a fluid texture of beach-soaked instrumentation. Themes range from observations of the sycophantic circles that leach from the arts, desperately trying to stay spiritually close to a geographically distant love, Japanese folklore and the deep connection between man and beast.

“I like to think of the sound of this record as Aquatica. It's like a psychedelic carousel of syrupy melody and liquid audio. Fat, baggy, saturated bass and drums, shimmering jangly guitars, wobbling fuzz, drunken keyboards and telephonic vocals. Imagine something along the lines of The Velvet Underground and The Troggs making tunes together but underwater, performing on marine life instead of instruments and routing the whole thing through a UFO," says Stanley Belton. "The album's title is a tongue-in-cheek reference to the idea that nothing is truly original. Influence is an infinite web connecting all art and I think that's a beautiful thing that should be embraced. I often see people getting too hung up on the pursuit of some kind of idea of total originality that doesn't exist. It's all in the blend.”

With broader flavours of psychedelia, fuzzed out tones and thumping grooves, Black Market Karma's thick and colourful sound is shaped by the use of a lot of vintage equipment. Rooted in 60's guitar and pop music, other influences range from folk and blues through to lo-fi electronica, traditional Indian music, shoegaze, hip hop, soul and Motown.

To date, the band has released nine albums, eight of which were released between 2012 and 2016 and entirely written, performed, recorded and produced by multi-instrumentalist Stanley Belton while living in London at the band's own 'Cocoon' studio. On the new album, Stan has broken trend of doing everything himself by co-writing and performing two tracks on the album ('Kong' and 'A Crying Shame') together with his brother Finley Belton. More recently, Stan has been working on collaborations with Pete Kember (a.k.a. Sonic Boom) of Spacemen 3, Joakim Ahlund of Cesars & Les Big Byrd, Tess Parks and The Underground Youth. As of August 31, 'Dead Trajectory' will be available everywhere digitally, including Apple Music and Spotify. The 'Aped Flair & Hijacked Ideas' LP will be released on 📌 September 29. The double album, which features 180-gram coloured vinyl with a gatefold sleeve, can be pre-ordered on vinyl at https://bit.ly/3QNCBjE. It will also be available for digital download via Bandcamp. 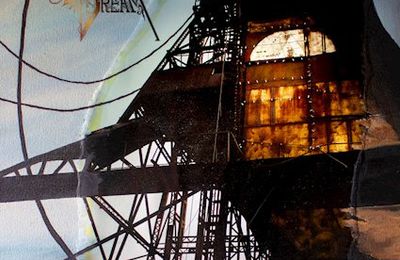