KnightressM1 ~ 'Butterfly' from 'Dreams and Devastation'

"Butterfly is about coming to grips with our own personal power, owning that and not letting anyone take it away from us.  With grace and compassion we can walk through the world harnessing our ultimate potential which as creative beings is our greatest service to the world.  Our society, in its dysfunctionality, survives in its exploitation by manipulating and leaching off of people who are in servitude to its demands.  Once we own the birthrights of our power, creative potential and joy they no longer control us.  This is how we break the system," says Emily Palen.

KnightressM1 also presents a new mini-documentary on the band, produced by Evan Lanam, where Palen is accompanied by Larry Boothroyd on bass and Chad Tasky on drums.

Their debut 12-song ambitious concept album explores both the emotional depths of personal transformation and the journey of cosmic awakening. Co-produced by Palen and esteemed producer John “Lou” Lousteau (Foo Fighters, Iggy Pop, Joan Jett), it was recorded at Foo Fighters’ acclaimed Studio 606 near LA. Formed in 2011 by violinist, vocalist, pianist and composer Emily Palen with support from drummer Rob Ahlers (50FOOTWAVE, Kristin Hersh), KnightressM1 was joined by bassist Uriah Duffy (Whitesnake) for this studio album.  Fueled by a deep-seated necessity to defy limitation, their heavy driving bass and rhythm are rounded out with lots of harmonic layering and beauty.

Earlier, the band presented singles 'Lock & Key' and 'Polarity Integrate'. KnightressM1 is the sonic manifestation of Palen's heart. Their music is fascinating in the integration of specific musical frequencies - the further Palen ventures in this sonic journey, the heavier and heavier the sound gets. The crushing intricate rhythm section blends harmoniously with her driving, searing electricified violin tone as the lead.

"This is also a tale of my own healing, songs that helped me to get through impossible places.  Music that saved my life. Everything that I have ever been through, every person I loved, lost, gained; every abandoned heartbreak, every dagger’s edge now makes sense in the context of this album.  It was all so I could write these songs and experience the power of being within my own authenticity," says Emily Palen.

"Music has always lifted me into an untouchable space, even when everything around me is breaking, when I am in unbearable soul pain, beyond what I myself can repair, the music takes that pain and morphs it into beauty and power. When I’m completely honest with the music, it alchemizes the deepest sadness and betrayal into an unbreakable strength and love. We become greater because of the life we have lived, not in spite of it."

Palen is a a classically-trained virtuoso has spent her life mastering violin, piano, singing and composition. As a young adult, she began exploring the concept of transmitting consciousness through improvisation. Emily explored this power through sacred solfeggio in the steadfast belief that these specific audio tones have transformative power.

The 'Dreams and Devastation' LP is available now across digital outlets such as Apple Music and streaming platforms such as Spotify.

"Drenched in melody, tightly-interlocked pro instrumentation and vocal intensity, Palen’s vocals are stunning.. a winding labyrinth of progressive metalcore, weaving a rich tapestry of sound" – The Spill Magazine "Superb, impeccably performed and produced... Nothing short of stellar, clearly making this a band to watch in 2020" – Big Takeover Magazine "[KnightressM1] adds much flavor to an already flavorful track... symphonic justice... new and original cinematic flare" – Jammerzine "Built on taut bundles of sonics, dexterous weaves and dark designs. And these it uses to build weight through layer upon layer being perfectly placed one on the other until the light can no longer get in" – Dancing About Architecture "Elements of Whitesnake, Kristin Hersh’s 50FOOTWAVE, Florence and the Machine, Perfect Circle and Metallica in one virile potion... this is a new form of post-metal, unlike anything you’ve heard before" – Louder Than War
"Relentless... driven by intensity - professional violinist, singer, composer, gothic-metal-amazon-in-her-heart" – WhiteLight/WhiteHeat ©  Layout :  FRED Ils font l'Actu ...  FR  2017 -  2020  Transmitter : Shameless Promotion                 © Photo Nick Bellarosa
Music is not a virus! Admittedly, it contaminates you with the melody, the lyrics, but it can be bought, discovered, hummed, tickles the hollow of your ear, is released on your lips ... Think of the artists, they illuminate your daily life and feed the memory of pretty refrains which will become memories.
Partager cet article 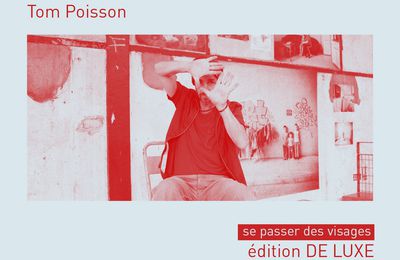