Arrows To Fire • A Million Miles Away

Austin-based indie rockers Arrows To Fire have announced their new single 'A Million Miles Away', a guitar-driven track that was inspired by struggles experienced during the current pandemic, with a sound in keeping with a tradition of ’90s-rooted alternative rock but with a current twist.

A US-French collaboration, Arrows To Fire is Austin native John Joyo on vocals and French/American guitarist Chris Lavigne (guitarist, composer), who originally met in 2016 during a meeting about medical devices. The two biotech entrepreneurs soon discovered they shared a passion for alternative rock and strong desire to use music as a forum to address varied subjects - both personal and political. It didn’t take long for them to find common ground in sound and grow a path that led to releasing their 2016 debut album.

"This release means a lot to us. 2020 has been a total cluster f@$%. The pandemic has wreaked havoc on the music industry at all levels, and we have all had to work so hard to adapt to a new way of life, and a new way of creating music. 'A Million Miles Away' was inspired by moments and struggles during the pandemic. It was written, recorded, mixed and mastered 100% during the pandemic and represents a shift in the way we are approaching music," says John Joyo.
"For this single, we worked with mix-master Tim Palmer, an industry veteran that has worked with so many of the bands we look up to. Rad. We’re so excited to share a piece of how we spent our pandemic time that we’ve all been forced to endure."

The band has since blazed its way onto the alternative rock scene with their 2018 album 'Here We Go' and a series of YouTube videos that have racked up nearly a million views collectively, most notably for 'This is Here', underlining the song’s call to action for planetary preservation. Indie Rock Cafe listed Arrows to Fire a band to watch after their 2018 South By Southwest debut. Amazon’s music curators were equally impressed, including their cover of Golden Earring's 'Radar Love' in their epic Open Road Amazon Original playlist.

Their songmanship influenced by Pearl Jam, Kings of Leon, The Killers, Foo Fighters, The Presidents of the United States of America, Band of Horses, The Hives, Fu Manchu and Weezer, but Chris Lavigne notes, "It’s important to us that we don’t box ourselves in too much or stick to the same sound all of the time because we like to approach music like we approach life - be adventurous, try new things, and be open to inspiration that could come to you from anywhere or from any type of music. We like to think that comes through in the variety of sounds you’ll hear in our new music."

'A Million Miles Away' will be released on January 15 and will be available across online stores such as Apple Music, and streaming platforms such as Spotify.

“Next level rock music” ~ Soundsphere Magazine “Band to watch... solid, heartfelt, blazing tracks” ~ Indie Rock Cafe “It’s rock, but it’s still sort of romantic and sexy” ~ Lisa Fletcher, Arlyn Studios "This is rock in its rawest spirit, with flying guitars and recalling the best of 90s college rock" ~ Amplify Music Magazine "A sound that is bound to fill in the cracks for anyone craving that early rich span between 80s American college rock and the early 90s sound that spawned such bands as Counting Crows, Pearl Jam, Stone Temple Pilots, and Spin Doctors" ~ Big Takeover Magazine

Arrows To Fire A Million Miles Away 15 January 2021

CREDITS
All songs and lyrics written, performed and recorded by John Joyo & Chris Lavigne
Recorded at the ATF World headquarters in Austin
Mixed by Tim Palmer in Austin, Texas
Mastered by James Bacon in Sheffield, UK 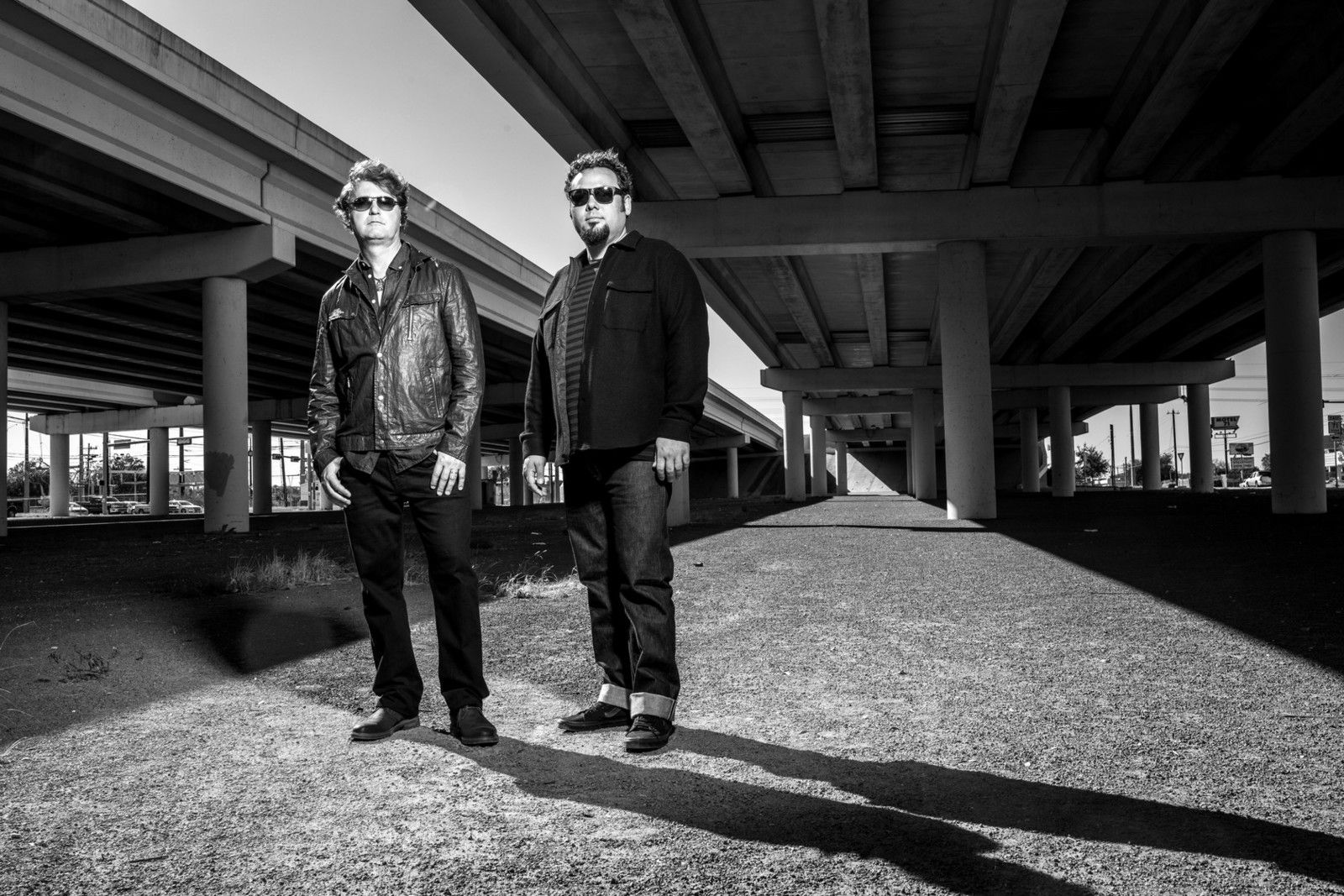 © Layout : Ils font l'Actu ...  FR 2017 - 2021
Transmitter : Shameless Promotion   © Photo by Giles Clement
Music is not a virus! Admittedly, it contaminates you with the melody, the lyrics, but it can be bought, discovered, hummed, tickles the hollow of your ear, is released on your lips ... Think of the artists, they illuminate your daily life and feed the memory of pretty refrains which will become memories.
Partager cet article