The Guidance ~ I Didn't Mean That

Born and raised in Chicago and transplanted to Los Angeles in 2014, The Guidance’s musical project was created in 2015 as a means of healing from the loss of his brother, a mechanism to cope with his own congenital heart disease and the looming presence of soon approaching transition from this planet. The Guidance, A.K.A Stefan Pruett had only waves to create, making a mark with his impactful artistic nature, while simultaneously reminding us how precious life truly is.

The Guidance had a deep talent and passion for music seeing his work bring a wide range of electronic genres and decades into a mashup of raw analogue synths, playful storytelling and rich melodic dance music. Having signed an album deal with Las Vegas indie record company Handwritten Records in 2020, Pruett and his producer Jeremy Dawson worked tirelessly on the creation of the upcoming album This Is Now. Tragically, just a few months after completion of the album, Pruett suddenly passed away. As a means to honor his life and all the work spent on the creation of this stunning album, together Dawson, Pruett’s family and Handwritten Records decided to continue with the release.

Following the release of “Fuck Art” comes the flagship single “I Didn’t Mean That.” One of Pruett’s favorite songs he had ever written, the track has an affecting intro with haunting lyrics such as “God is coming to me” cushioned in echoes. Touching on a narrative of regret and fear, the song maintains a steady, warm tone ensuring the clear message is delivered with sincerity. “I Didn’t Mean That” emits a hopefulness with playful melodies and rich, moving backing vocals floating alongside electronic pulses and analog synths, bridging a gap between an 80/90s flush of electronica and timeless tight drums. Pruett explained the song as, “a perpetual apology that I owe anyone in my life that I wronged. This includes my brother, and more of the most important people in my life.”

In just his short time on earth, The Guidance has made a considerable impression on those who had the privilege to meet him. Having toured internationally with Crystal Castles and with streaming numbers in the hundreds of thousands, his music touched the hearts of listeners across the globe and continues to do so. Following the release of his album next year, there will be a memorial and tribute show for Stefan Pruett at Crescent Ballroom, Phoenix, AZ on January 15th, 2022. BLOG PARTNERSHIP  : LPR Agency / 10 • 16
INFORMATION : Intellectual property. To use the texts it is imperative to mention the blog address selectionsorties.net or send us a request by email selectionsorties@gmail.com 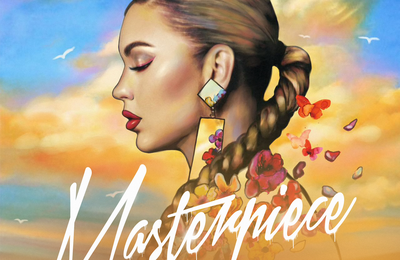