Ukrainian electronic producer 6TH CROWD (a.k.a. Dari Maksymova) presents her new single 'Mamenika', which is derived from an old Ukrainian folk song, but arranged differently by the artist. The accompanying video resulted from an artistic collaboration between Ukrainians who met each other thousands of miles from their home. This song touches on the lives of refugees fleeing Russian aggression. According to UNICEF, about two-thirds of Ukraine's children have been uprooted by the war, essentially suspending their childhood. They nevertheless eagerly await their chance to return. Despite the dark situation and the heavy feeling that provoked this video, this video offers a seed of hope and the enormous faith Ukrainians hold onto as a nation.

"This song 'Mamenika' is based on an old folk song from Eastern Ukraine, the part of the country that is native for me. I learned this song from a recording of a vocal performance by elderly ladies from Zaporizhia Oblast, where the frontline currently is. “Prybyrajsia, mamienika” was a wedding song that young women would sing to a bride while preparing for her wedding. With faith and hope, they praised the bright future awaiting the bride," says Dari Maksymova. "Hope and faith are the very threads creating a life jacket for the average Ukrainian now.  The hope and faith of those long-gone Ukrainian ladies reached me here in the modern world, where Ukrainians are forced to wait for a bright future with nothing but hope and faith to guide them there.  My hope is that by connecting these folk melodies and sounds to modern arrangements, I could connect the hope of our predecessors to their descendants and remind us about the brighter future hopefully awaiting us all." Last year, 6TH CROWD released the single 'Sokolonko', inspired by an old Ukrainian harvest song, preceded by her 2020 debut 'Avoid The Void' EP. In 2021, she released the 'What Happened' EP via French label 50 Degrees North Recordings, following 2020 singles '1312' and 'Не вивожу (Ne Vyvozhu)'. The DIY video for  'Mamenika' was a collaboration of Ukrainian refugees currently living in the small town of Cahersiveen in County Kerry, Ireland, where Maksymova runs an online English-language club for Ukrainians, which she started upon realizing how many people left the country with little-to-no exposure to  English.

"Besides, I needed a way to connect with other Ukrainians here in Ireland. I needed my tribe. We are a small group, primarily of Ukrainian women who fled the country to protect their children. The more I got to know them, the more their eyes reflected the same thing that tortures me - the bitter shadow of war that you can't shake off, no matter how safe you are now and how cheerful the world around you may be. Seeking to articulate this feeling in a video, I spoke to one of my students – Alla Binieieva, a Ukrainian actress and writer, who fled Kyiv in February with her two children," says Maksymova. "The idea resonated with her - she wrote the scenario, found actors and also played a role herself. Alla is the only professional actress here; everyone else, including the dog, are Ukrainian refugees we met here. My partner filmed this, while I served as director, producer and editor. Later on, my friend from Kyiv joined efforts, adding some post-production magic to this footage in between air-raid sirens." As the music plays on, soldiers and volunteers are fighting with Russian occupiers to protect Ukraine's independence. Please consider supporting Ukraine any way you can. Donate to humanitarian missions and trusted charity foundations, spread awareness about this war, and listen to Ukrainian music. All proceeds from Bandcamp sales will support humanitarian efforts via Vostok SOS, a grassroots organization that coordinates and provides humanitarian aid and psychological support to Ukrainians, helps people evacuate. Ukraine's 'Hospitallers' Medical Batallion and the Come Back Alive Foundation are two other recommended organizations very worthy of your support. As of August 19, 'Mamenika' will be available everywhere online, including Spotify, Apple Music, Deezer and Bandcamp.

"Some fun fine dynamic electro pop" – Big Takeover Magazine "Combines grooves from dance floors... melodic electro-pop.... obviously needed musical escapade" – White Light / White Heat "Blends a more clubland groove and euphoric rave sonics with the depth of alt-rock and the melodics of pop" – Dancing About Architecture "Captivation woven by Maksymova... a light of pride and echo of the spirit we have all seen in the Ukrainian people; a defiant stand in a time of atrocity" ~ Ringmaster Review 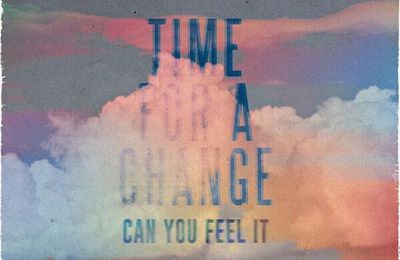